The Little Black Dress: A timeless classic for every occasion 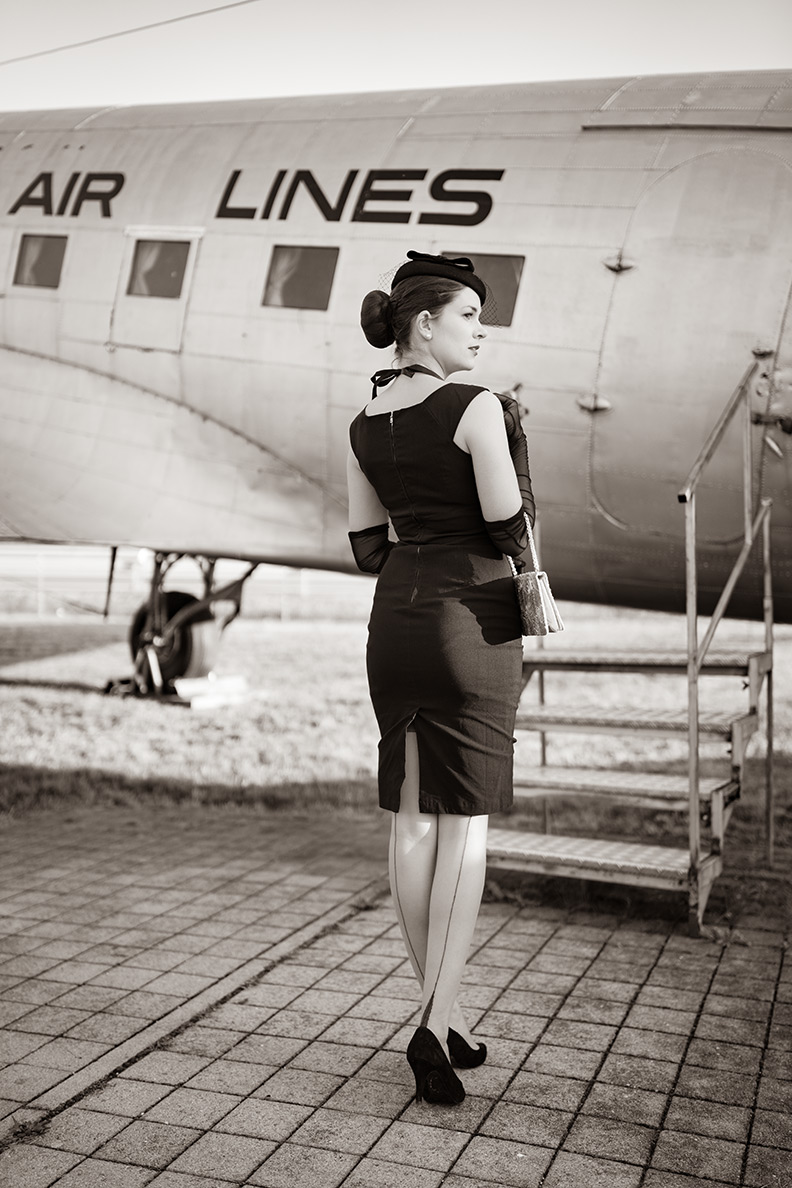 The Story of the Little Black Dress

For a long time, black dresses have been the dresses of widows and maids. So if a woman was wealthy enough, she usually wouldn’t wear black. Despite she was in the period of mourning. In the 19th century, there existited very strict rules in some parts of the world regarding the grief. So if her husband died, women were supposed to wear simple black clothes without any jewellery for one year and one day of grief. In the following months or even years, black silk and decorations like lace were allowed. After that, it was allowed to team the garments with other black colours like violet for example. It could have taken years until women their normal clothes agian. Some of them even wore their mourning clothes for the rest of their lives.

The Little Black Dress: The Ford of the Garments

At the beginning of the 20th century, during and right after World War I with its many victims, people were used to see a lot of women dressed in black. This was the time, when more and more fashion designers began to create simple black dresses.

The little black dress finally had its breakthrough in 1926, when the US Vogue showed an illustration of the design of a little black dress by Coco Chanel and said it would become “a sort of uniform for all women of taste“. Vogue called the dress “Chanel’s Ford”, as the little black dress was simple, classy, and accessible for women of all social classes, just like the Ford T. Black was also an important colour in Chanel’s following collections. 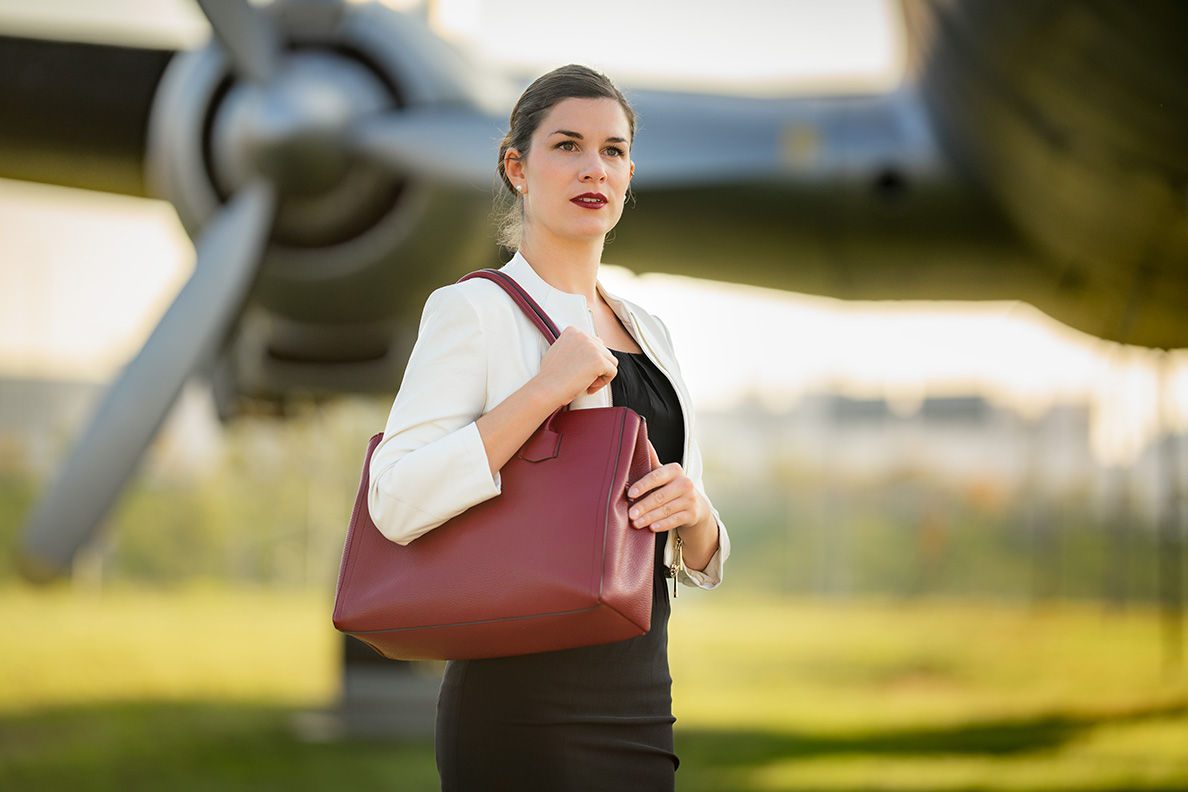 The Little Black Dress: From frivolous to classy

In the beginning, the black dress had something frivolous, as it was the clothing of widows, so women who live alone, and already have lost their virginity. It became the symbol of the “femme fatale”. For the majority of the people of that time, this might have been similar to a floozy. But especially for the younger generation, the femme fatale enbodied a modern image of women. So it’s no wonder, that the LBD played an improtant role in the flapper fashion.

But then, especially during the Great Depression, World War II, and post-war period, the little black dress gained popularity by a wider group of women, as it was easy to combine and great for many different occasion. And for work in the war industry, where a lot of women were employed during war period, it was ways more practical than light-coloured clothes. Finally, many considerable designers like Cristóbal Balenciaga, Yves Saint Laurent, and Elsa Schiaparelli showed different designs of the little black dress in their collections. Also many famous ladies liked and wore the LBD. 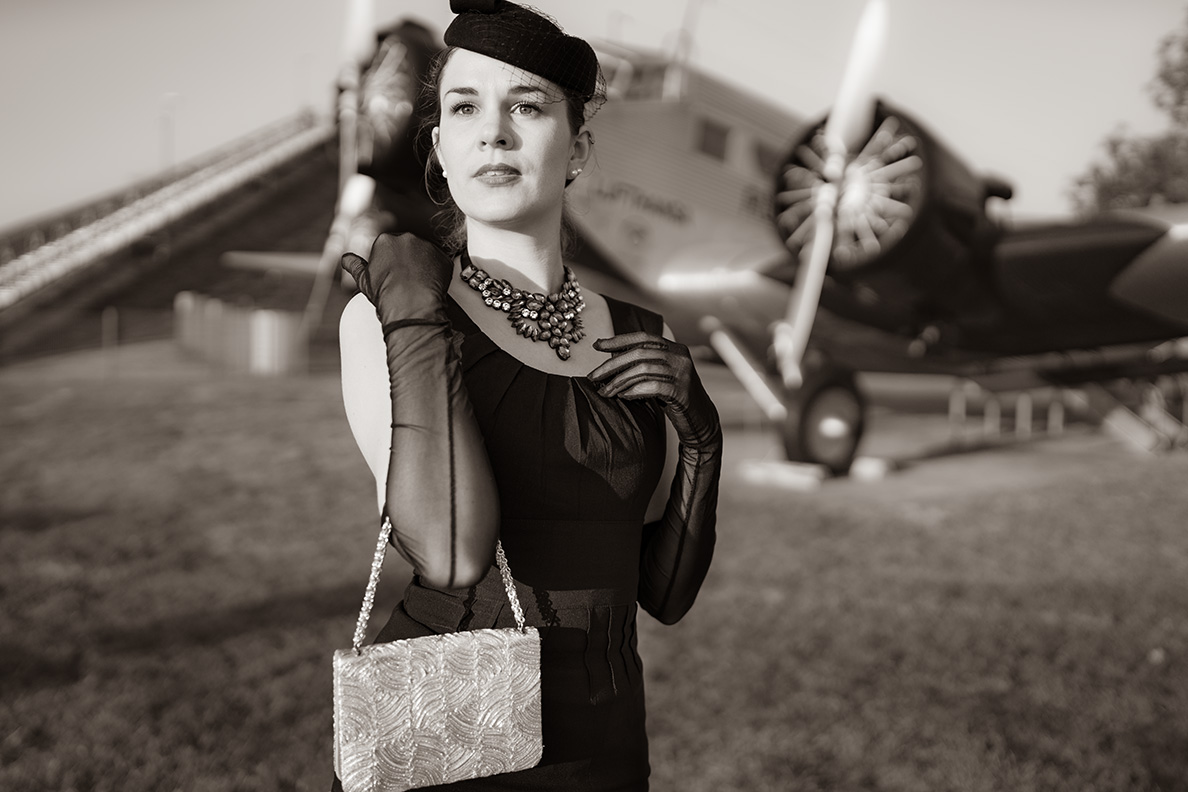 The Famous Wearers of the Little Black Dress

The French chanson singer Édith Piaf only wore little black dresses. In the beginning, she had nothing else to wear, as she grew up in great poverty. Afterwards, she went for the LBD as she wanted the audience to focus more on her sining and less on her appearance.

And also all the famous Hollywood divas of the 20th century wore a little black dress: Marilyn Monroe in “Some Like It Hot” as well as “Gentlemen Prefer Blondes”, but also Marlene Dietrich, Greta Garbo and Rita Hayworth appeared in this classy garment in at least one of their most famous movies.

However, there is probably noone we associate the little black dress with as with Audrey Hepburn. And at the latest when Audrey wore the wonderful black dress designed by Hubert de Givenchy in “Breakfast at Tiffany’s”, the LBD has lost its frivolity and got the eptitome of excellent style as well as elegance.

By the way: Did you know the original dress from the movie was auctioned for about 690.000 Euros? I styled a much more affordable Audrey inspired look in this blogpost. 😉

Until today, not much has changed: The LBD is still seen as a classic that should be in every woman’s closet. Designers still create black dresses in all froms and shapes, and celebrities still wear little black dresses on the red carpet. In the following, I’m going to proof that the LBD really is a must-have that looks good on almost every occasion.

The Little Black Dress: Perfect for Day and Night

In combination with a blazer and a big handbag, the LBD is great for everyday life and the office. Teamed with jewellery and elegant accessories, on the other side, it is the perfect piece for a dinner party.

My little black dress is by Von 50′ and looks very classy: Just a simple figure hugging cut and some lovely details. Together with classy black pumps, the LBD is the base for my different outfits. 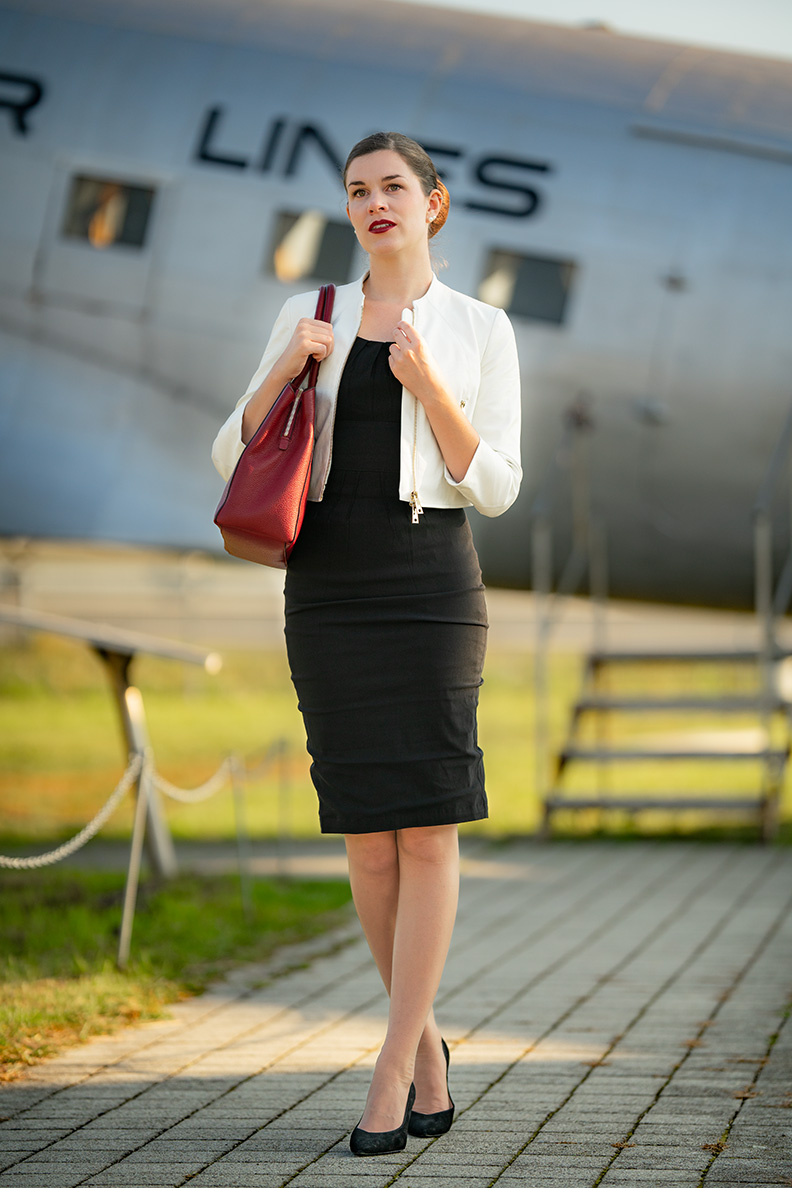 Daytime Look with the LBD

For my daytime and business outfit, I team the dress with nude-coloured stockings by Secrets in Lace. To give the look a modern touch, I wear a white leather jacket on top and went for a gorgeous tote bag by Furla to finish the look. 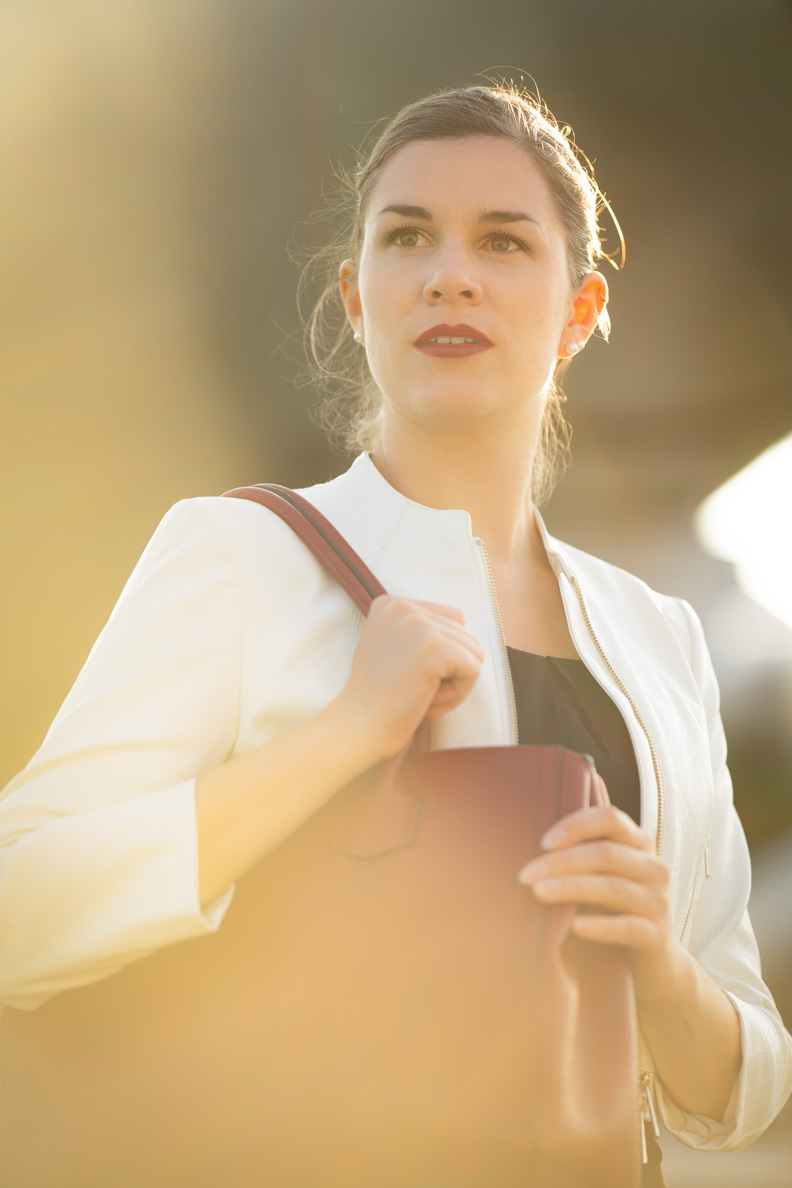 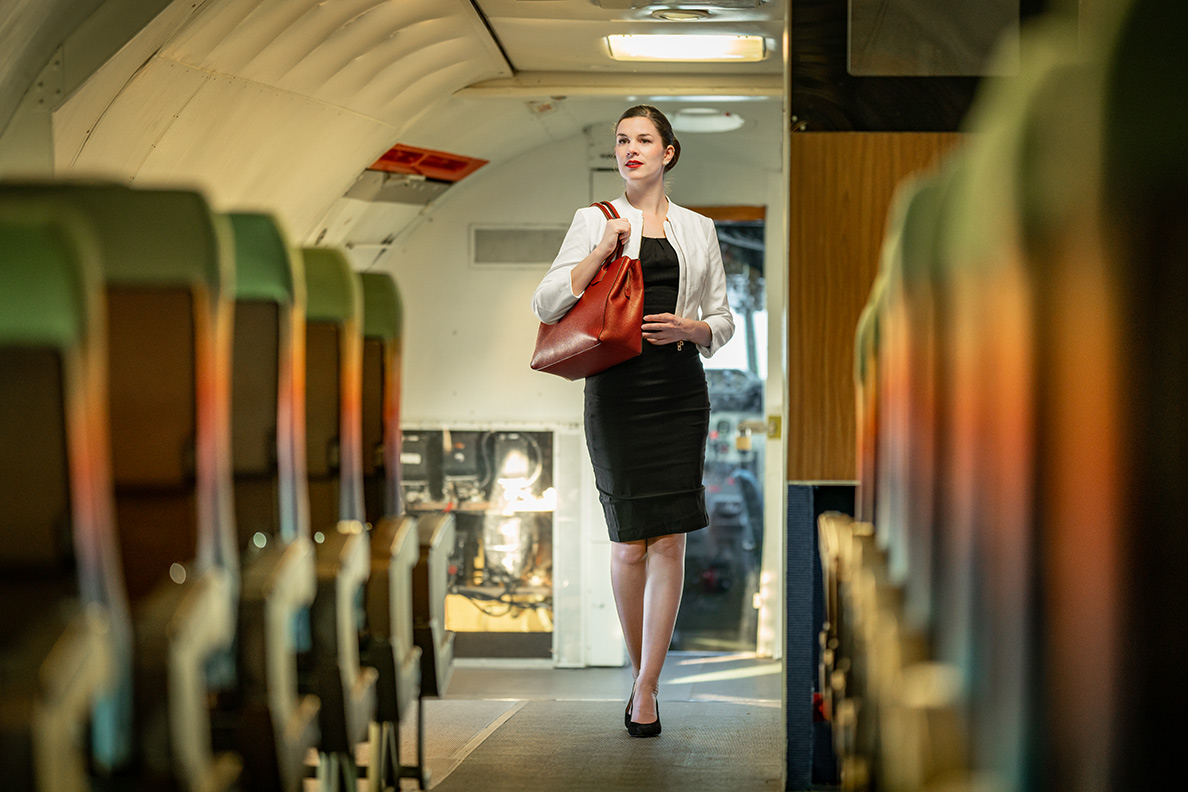 Evening Look with the LBD

You only need a few simple steps to transform the little black dress from a daytime into an evening outfit. I skipped the white jacket and replaced the tote bag by a small evening bag. Futhermore, I’m wearing long opera gloves by Secrets in Lace as well as a small hat. A sparkly necklace and seamed stockings by Secrets in Lace are the cherry on the cake of this evening outfit.

By the way: In this blogpost, I show you my favourite garter belt for every occasion. 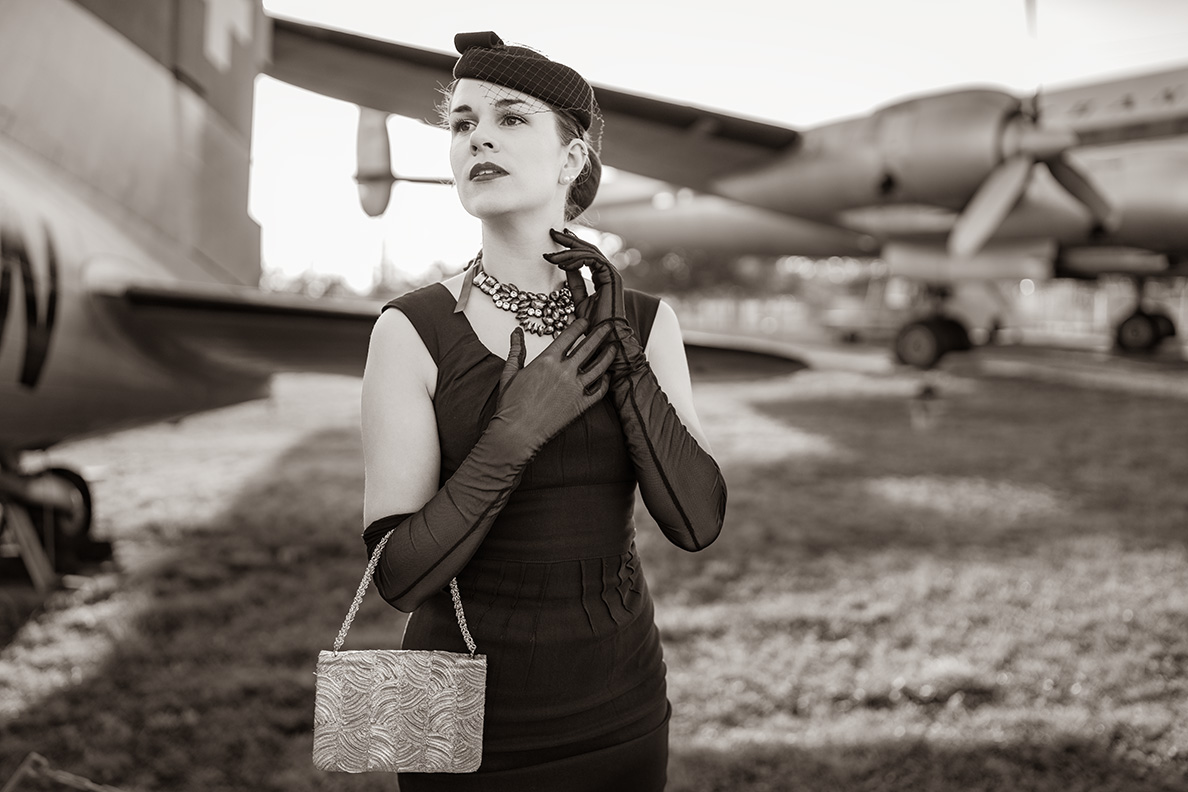 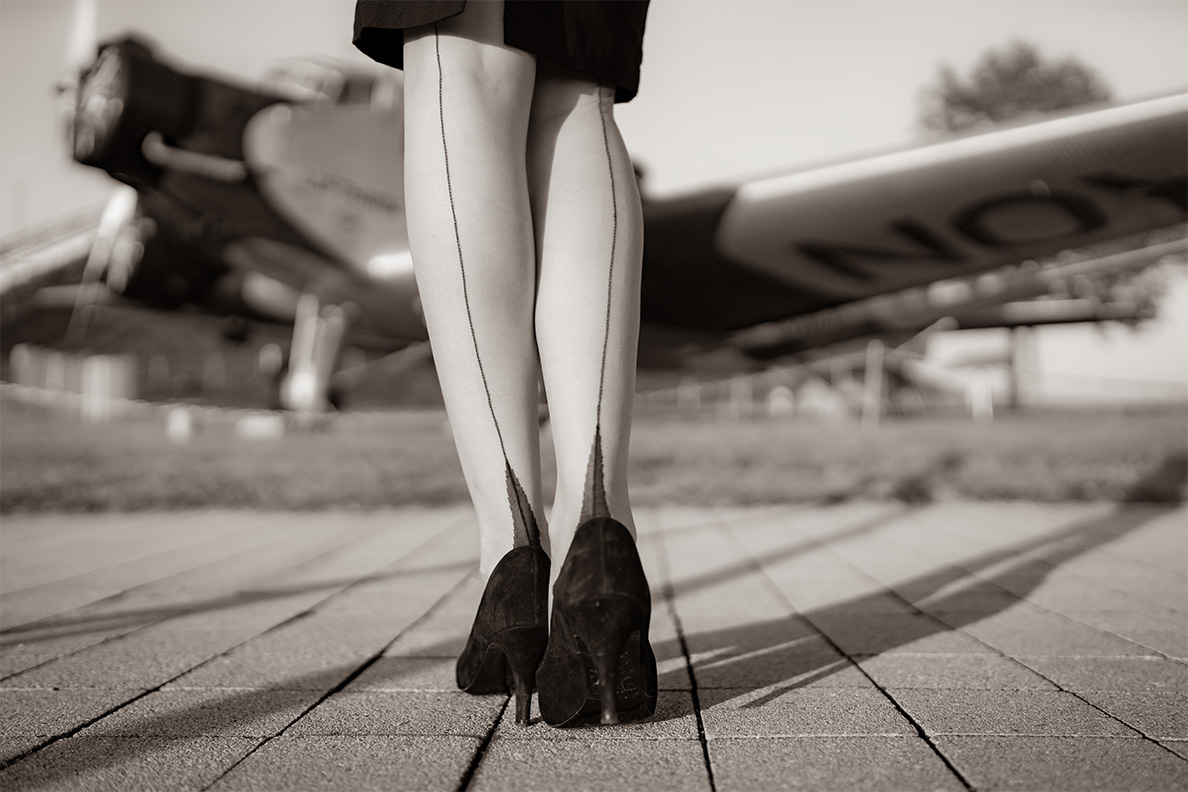 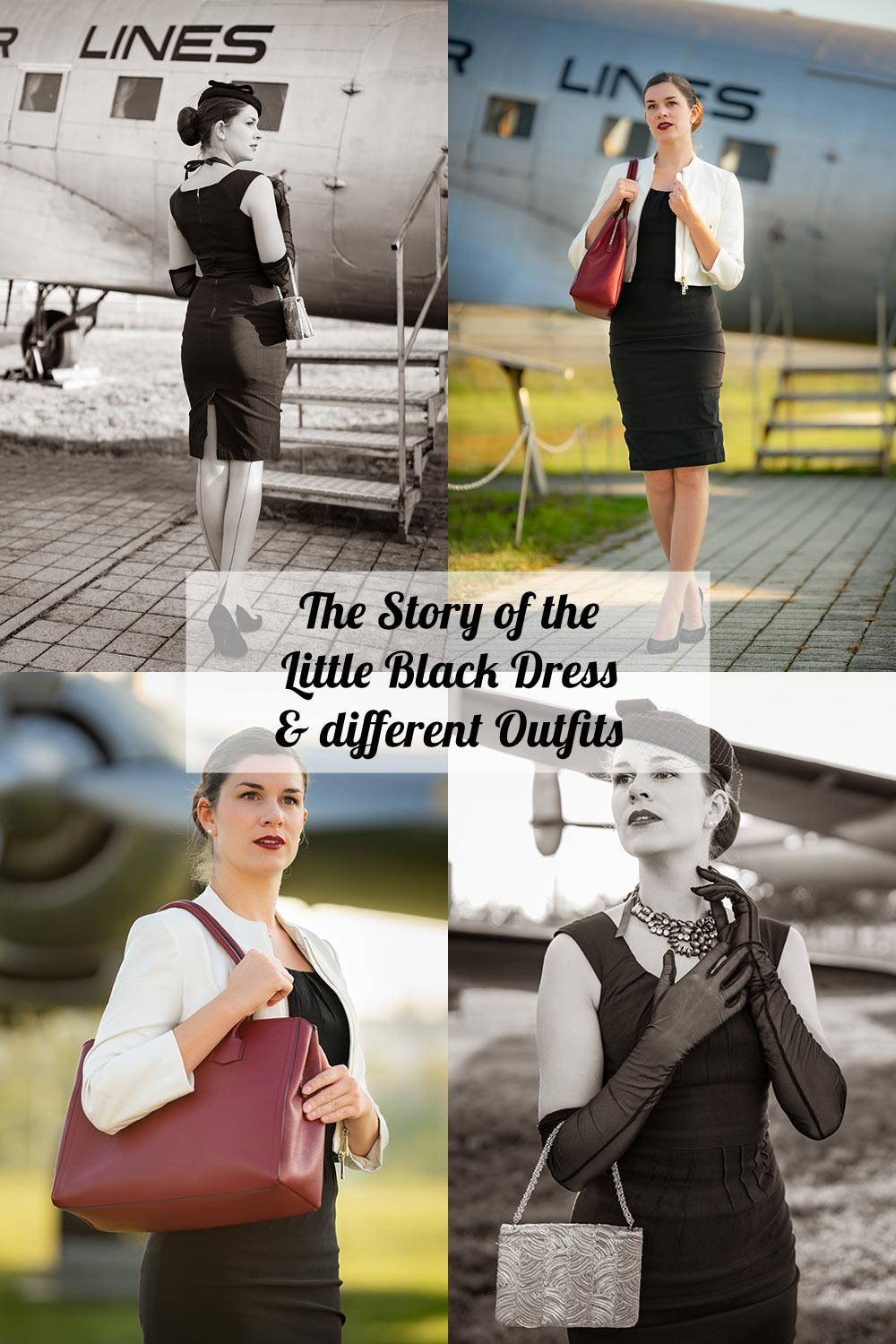 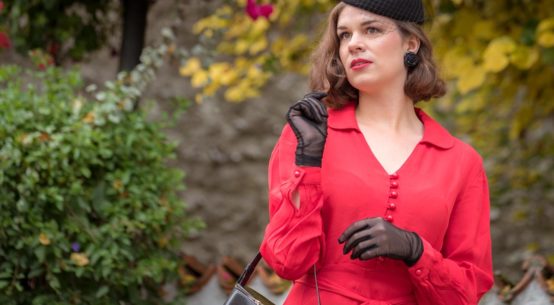 Following the red Thread: The “Clarice Dress” by The Seamstress of Bloomsbury 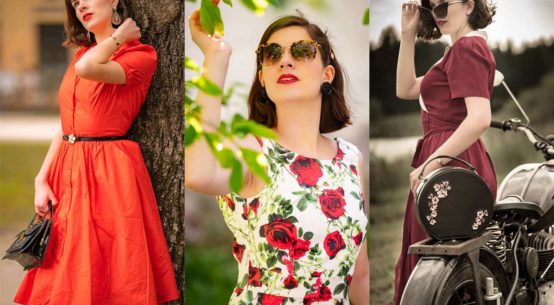 Fancy and stylish: The most beautiful Accessories for Summer 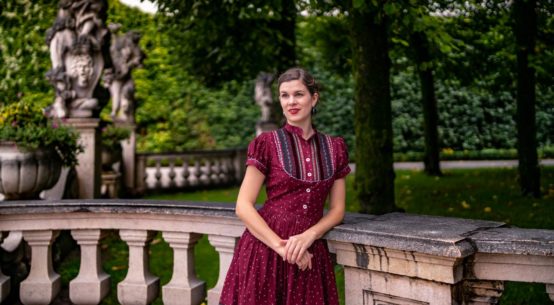 Style Diary: My Packing List for a Weekend in Austria 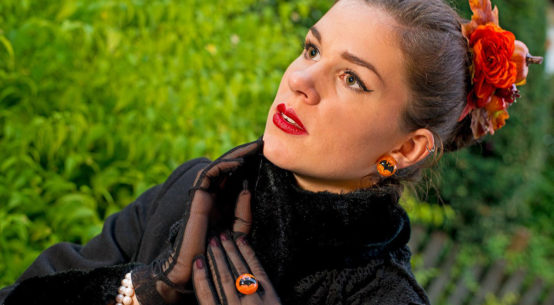 4 thoughts on “The Little Black Dress: An All-rounder styled in different Ways”