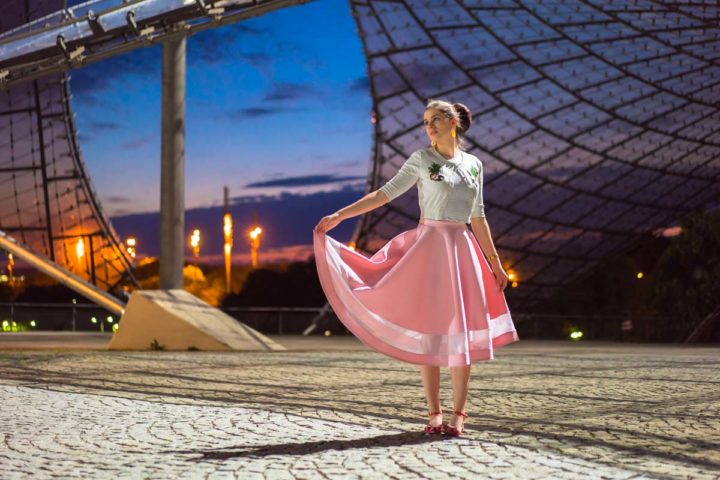 Normally, I prefer photo shoots in the nature. There are less people and therefore it’s easier to take pretty pictures withous someone photo bombing you.

Anyway, this time we took the opportunity to take outfit photos on our way to Tollwood in Munich. Most of the pictures where taken in the unterground station and  the Olympiapark. Since it was already dark when we headed home, we were able to take photos by night, which I really love as I told you here.

On this day, I was wearing my beloved pink circle skirt by Asos, which I already showed you here and here. I bought the white top during my stay in Berlin. When it was cooling down a little bit, I pulled on my beautiful cardigan by Collectif Clothing, which I already wore in spring and Prague. To match my outfit, I teamed it with pretty pineapple earrings by Glitter Paradise. Due to the gravel, high heels are not recommendable for Tollwood. I decided to wear pink flats by Petite Jolie instead, whose I already wore last summer as you can see here.

At Tollwood I was occupied with eating and drinking. The best: there is everything organic and of course super delicious. 😉

If you like to visit Tollwood Munich, you can do that until July, 24 2016. The next opportunity is in winter, from November, 23 until December, 31 2016, then not in the Olympiapark but at Theresienwiese. 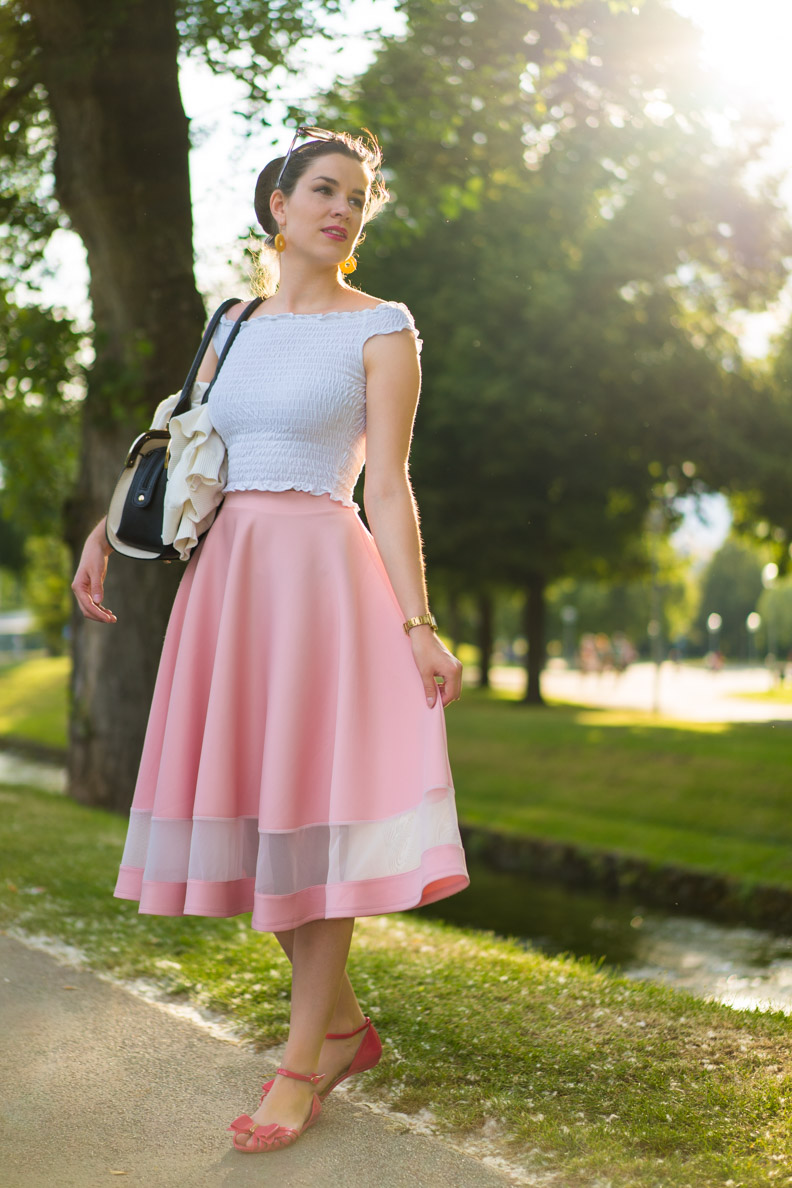 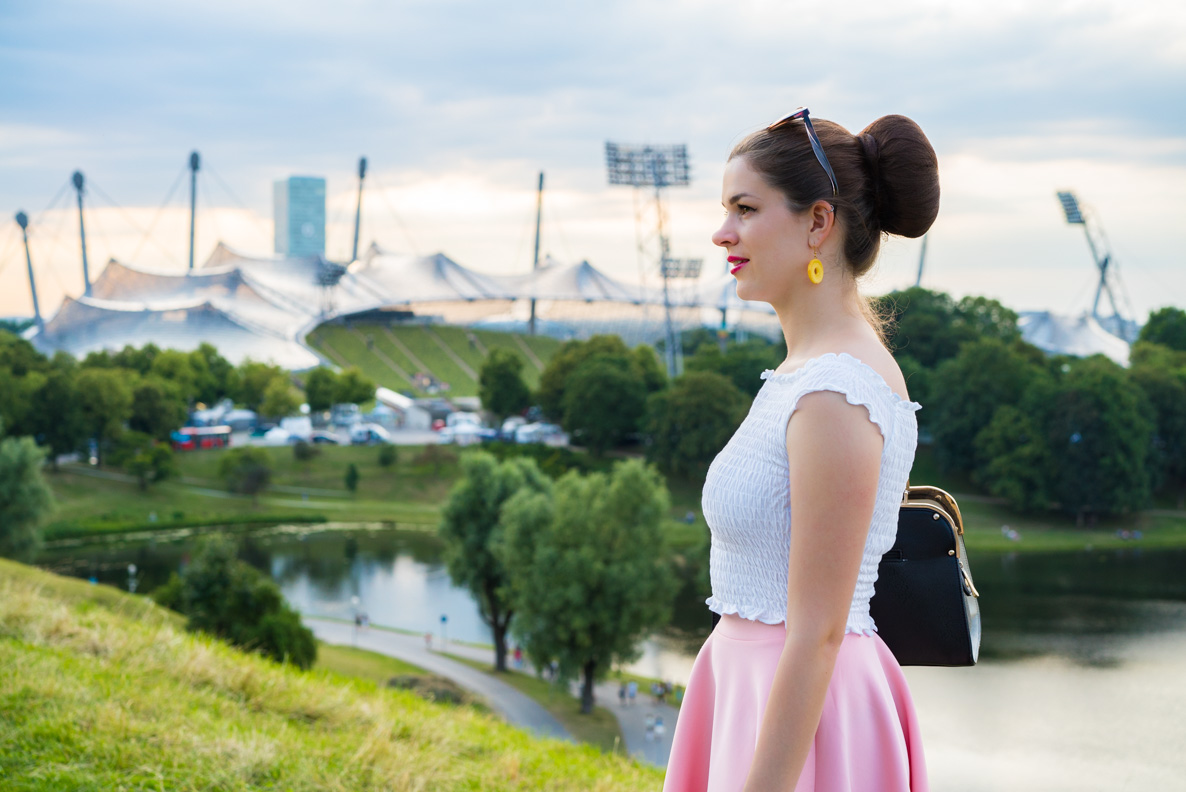 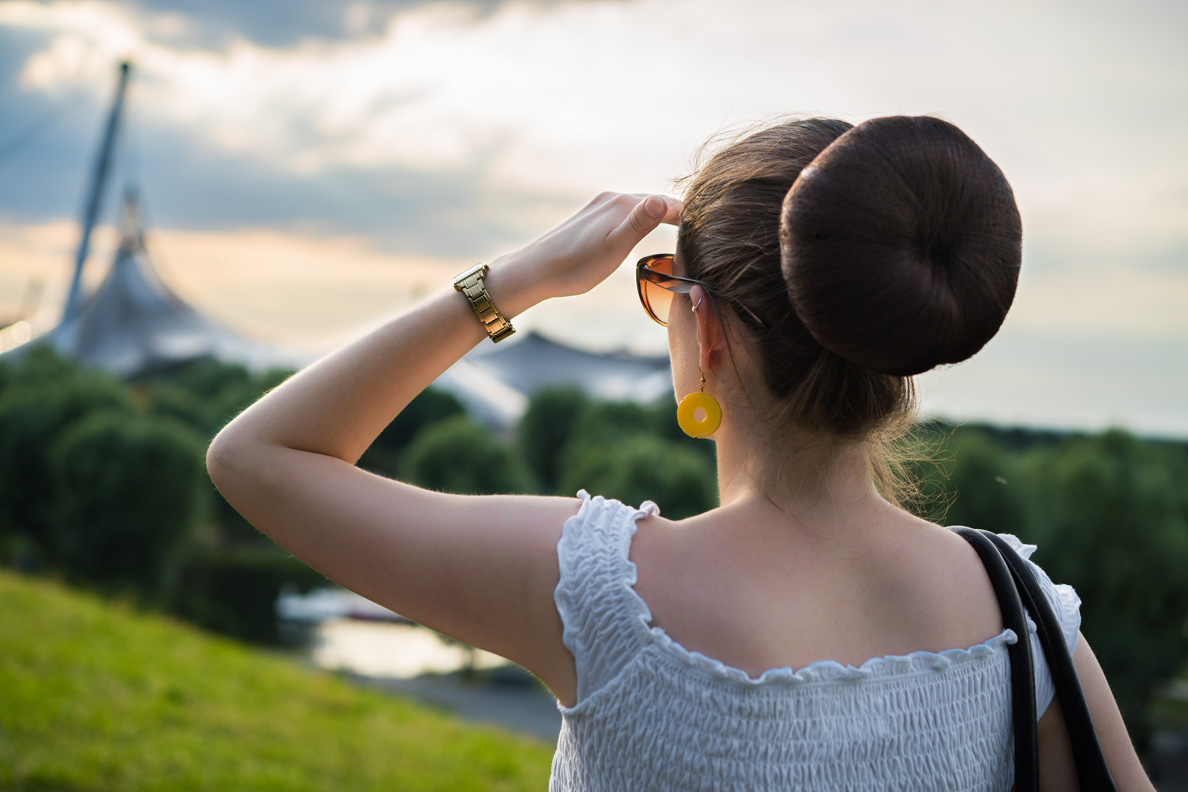 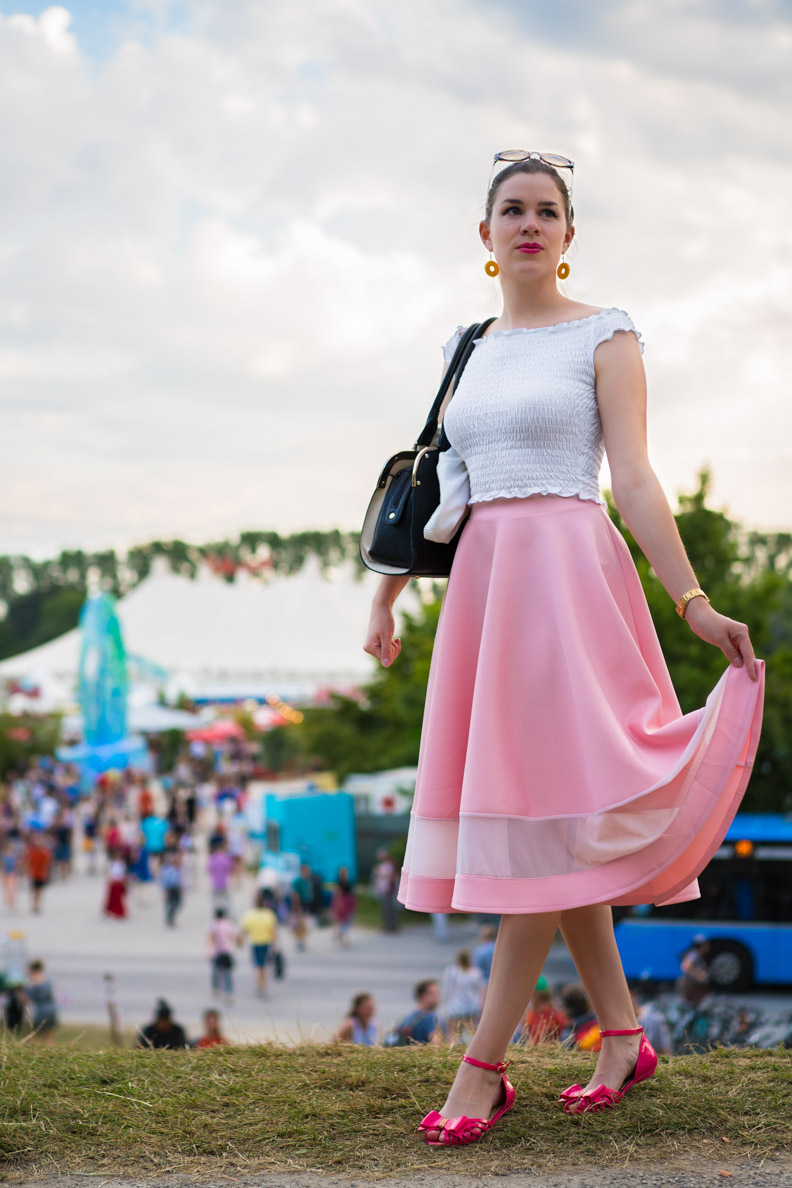 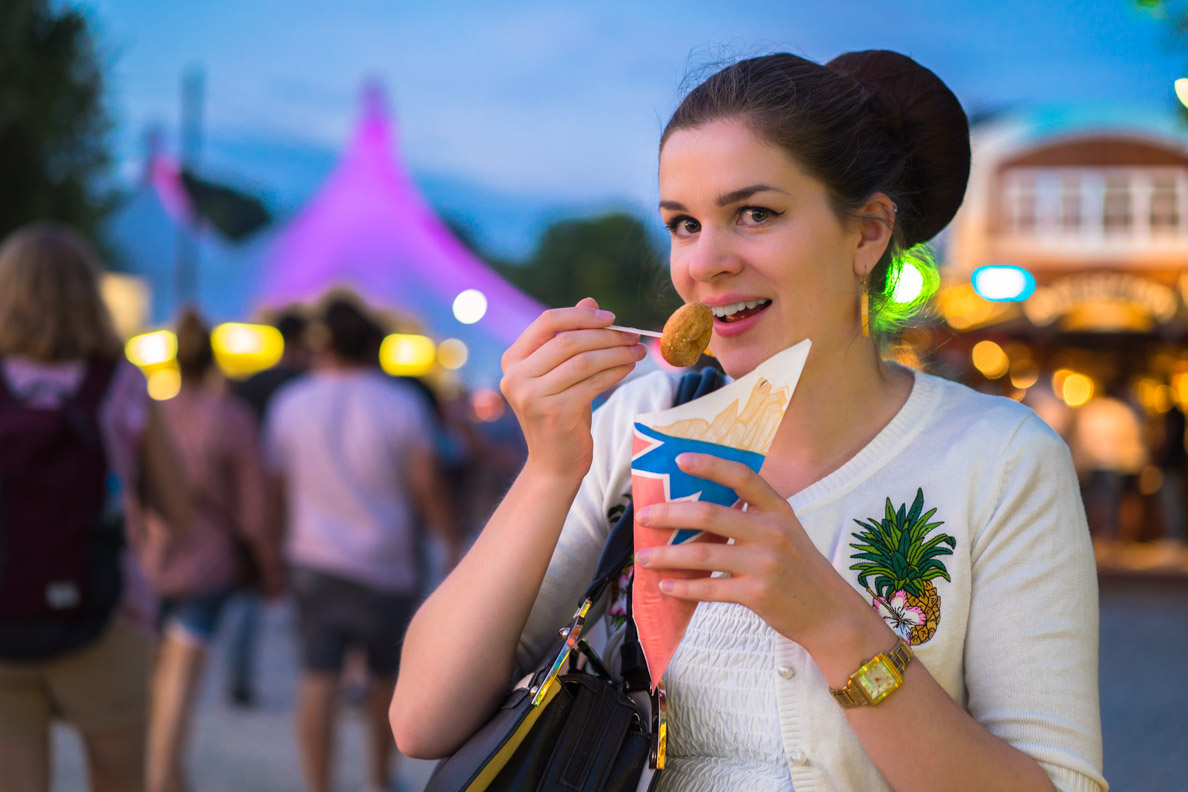 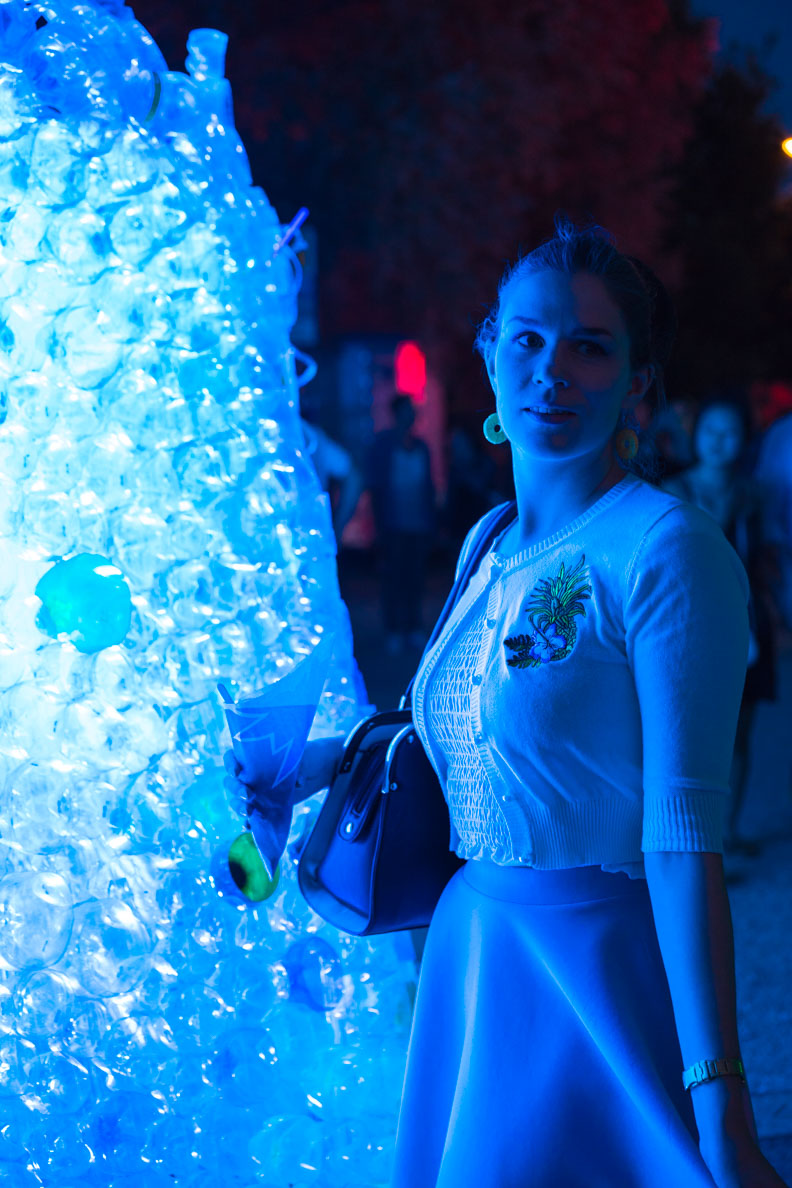 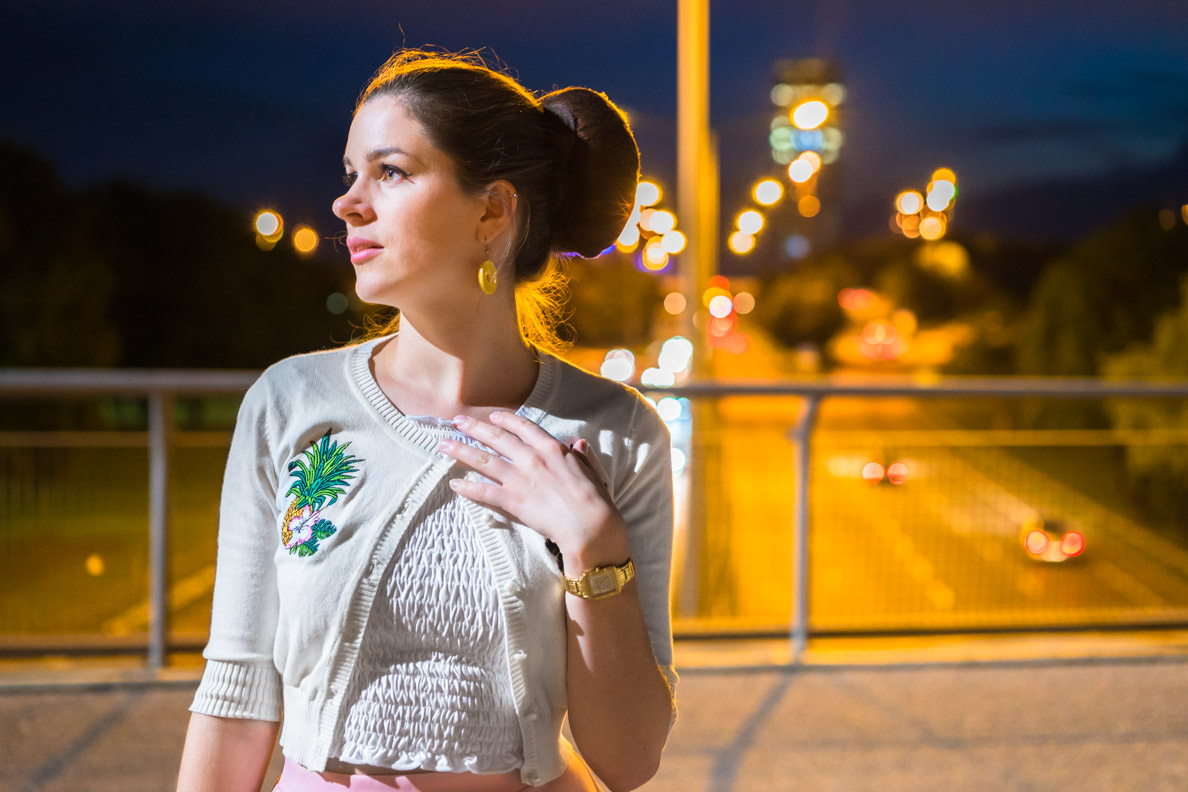 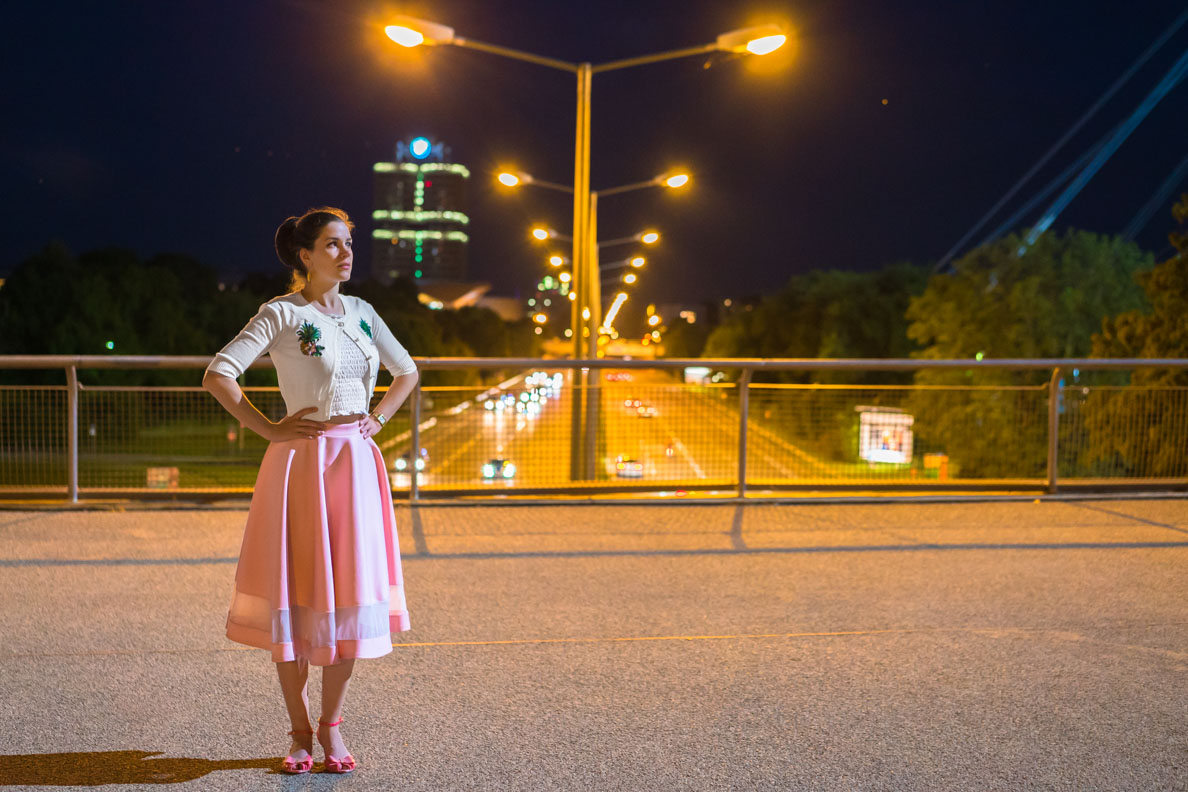 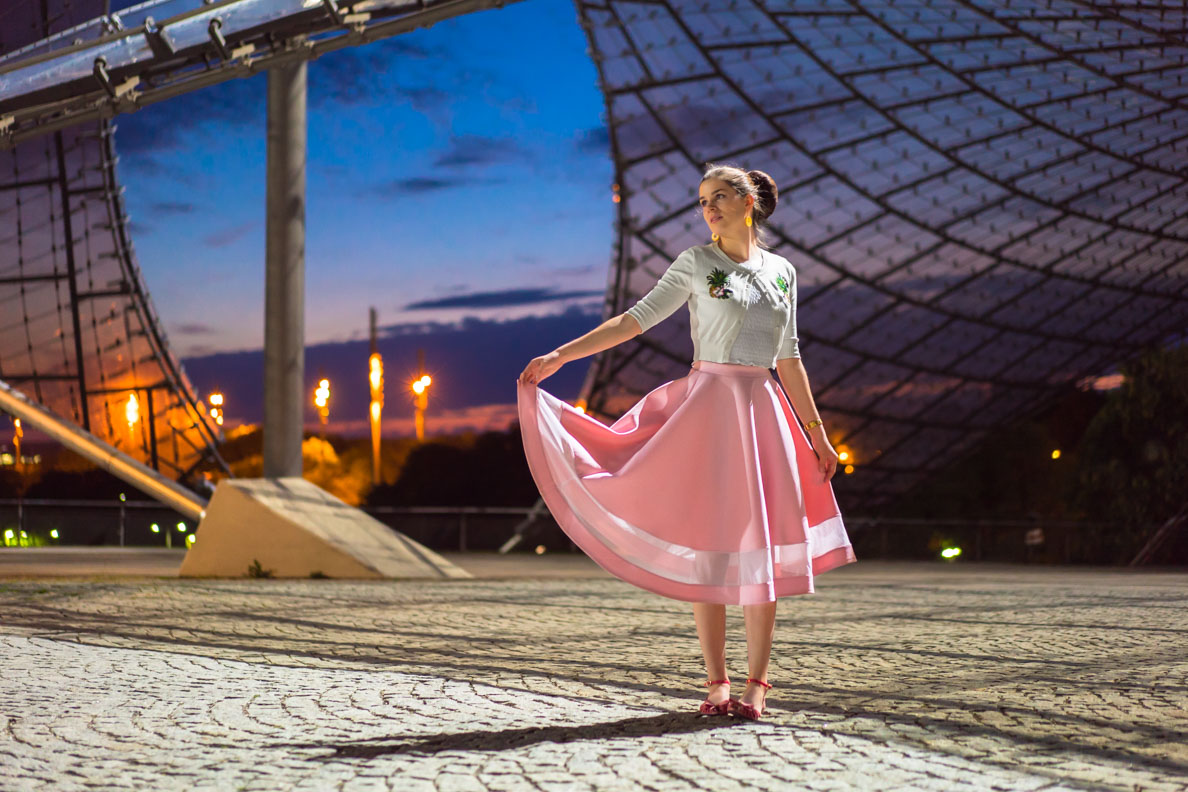