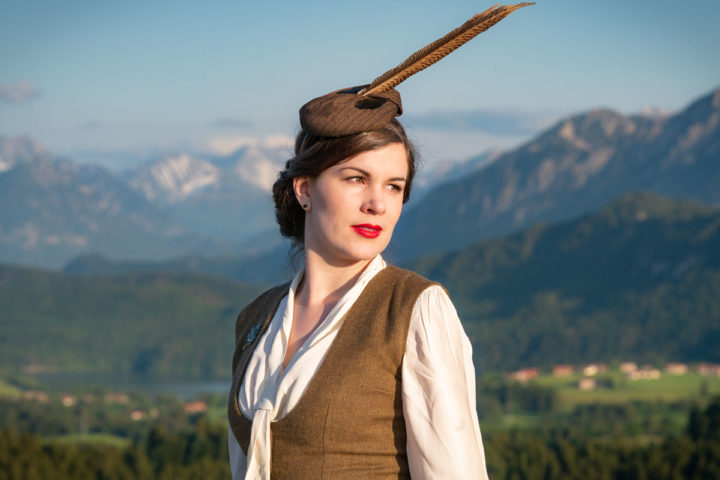 Sommerfrische: The story, the myth, and lots of nostalgia

Green meadows, cowbells, small and huge lakes, a blue-white sky, and of course the Alps – it is no wonder that people have been visiting this idyll since many years. Back in time, in Germany, we called this escape from the city to the countryside Sommerfrische, which can be translated with summer escape. By now, this term is kind of old-fashioned; however, it still has a romantic and nostalgic connotation. In this blogpost, I want to tell you a bit more about the Sommerfrische and take you with me on a short trip into the gorgeous Bavarian Countryside. Enjoy this short vacation and get inspired by the beauty of the landscape! 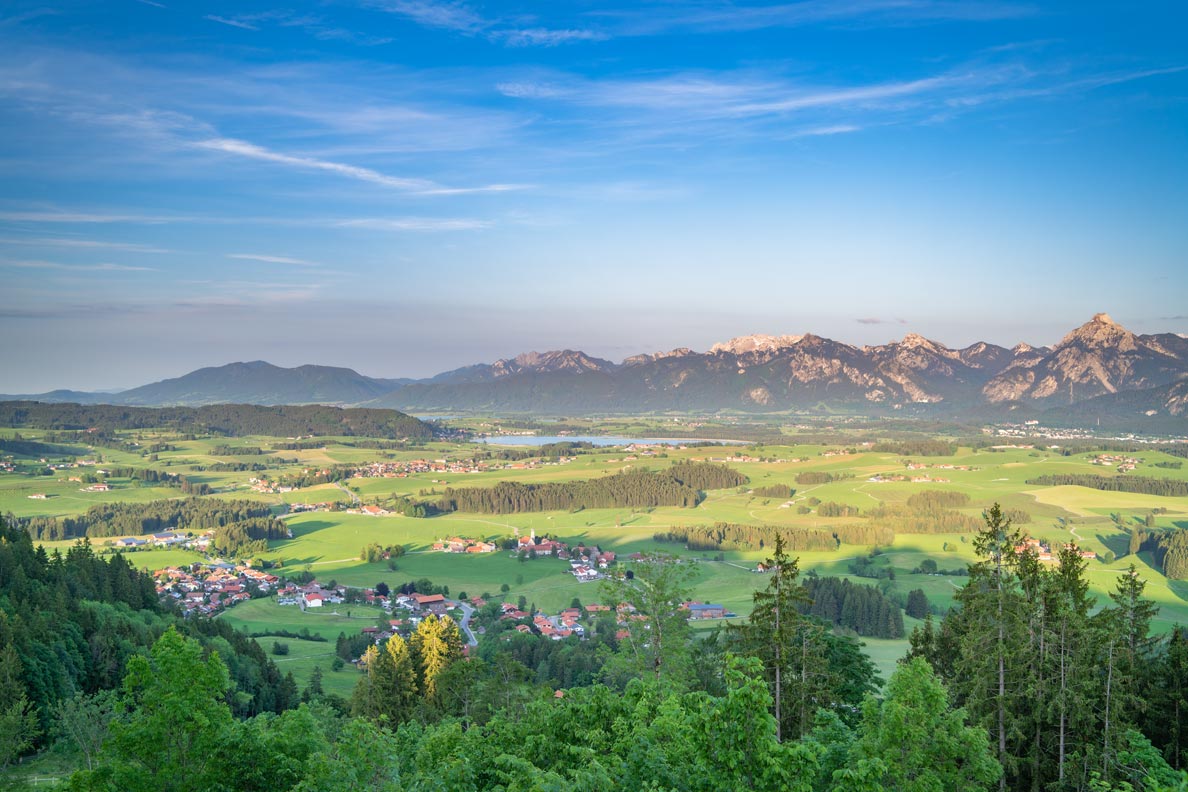 Vacations as we know them today are a quite new phenomenon. Until about the middle of the 19th century, in the region I’m from, actually only the aristocracy could afford travelling. They usually travelled from their winter palais to their summer residence. With a horse-drawn carriage, this wasn’t very comfortable, though. But even back then, spending the summer in the countryside was more pleasant than staying in the city.

In the 19th century, the term „Sommerfrische” was used to describe the phenomenon of the people from the city escaping to the countryside in summer. 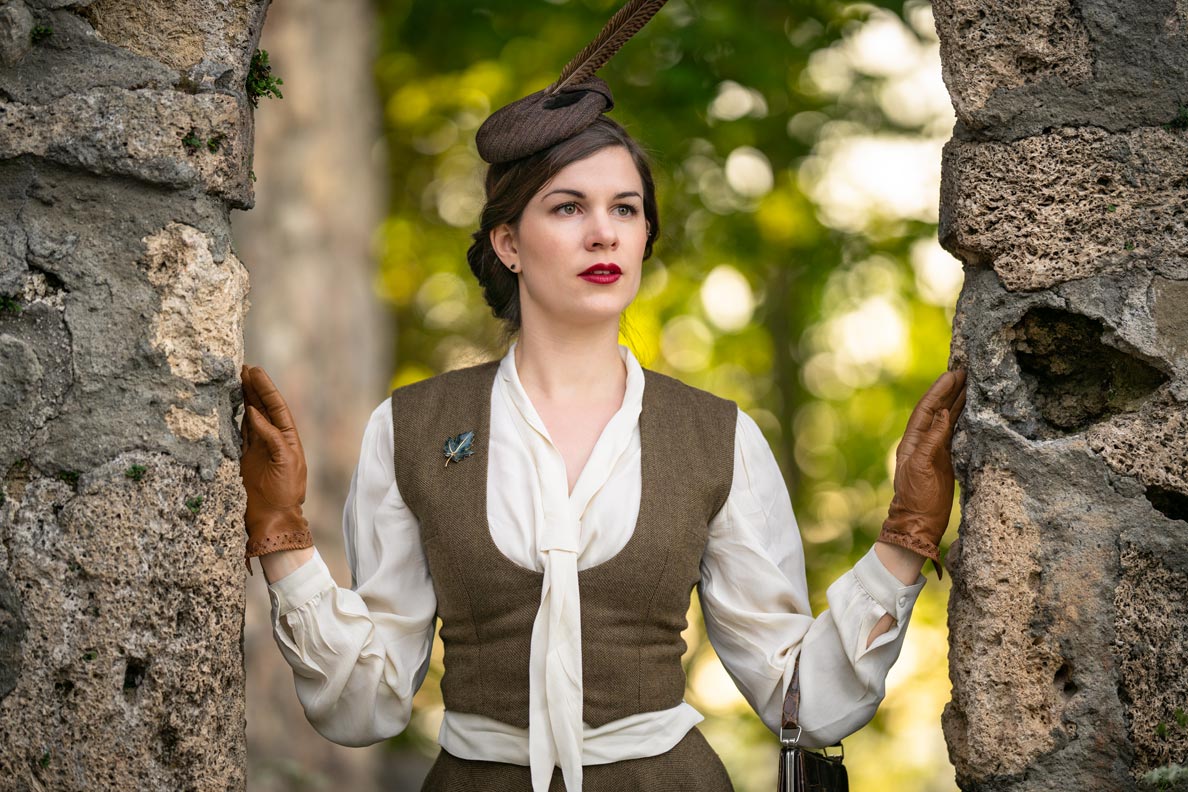 The term Sommerfrische was mainly used from the middle of the 19th century to about the middle of the 20th century in Germany and Austria. Aristocracy and wealthy people from the upper class usually travelled with lots of luggage and domestics and spend either the whole summer in the countryside, or at least a few weeks. The very wealthy people had their own summer houses, so they usually came back to the same place every year. The ones that couldn’t afford an own summer house, usually stayed in one of the new hotels or guest houses.

The Aristocracy and the Sommerfrische 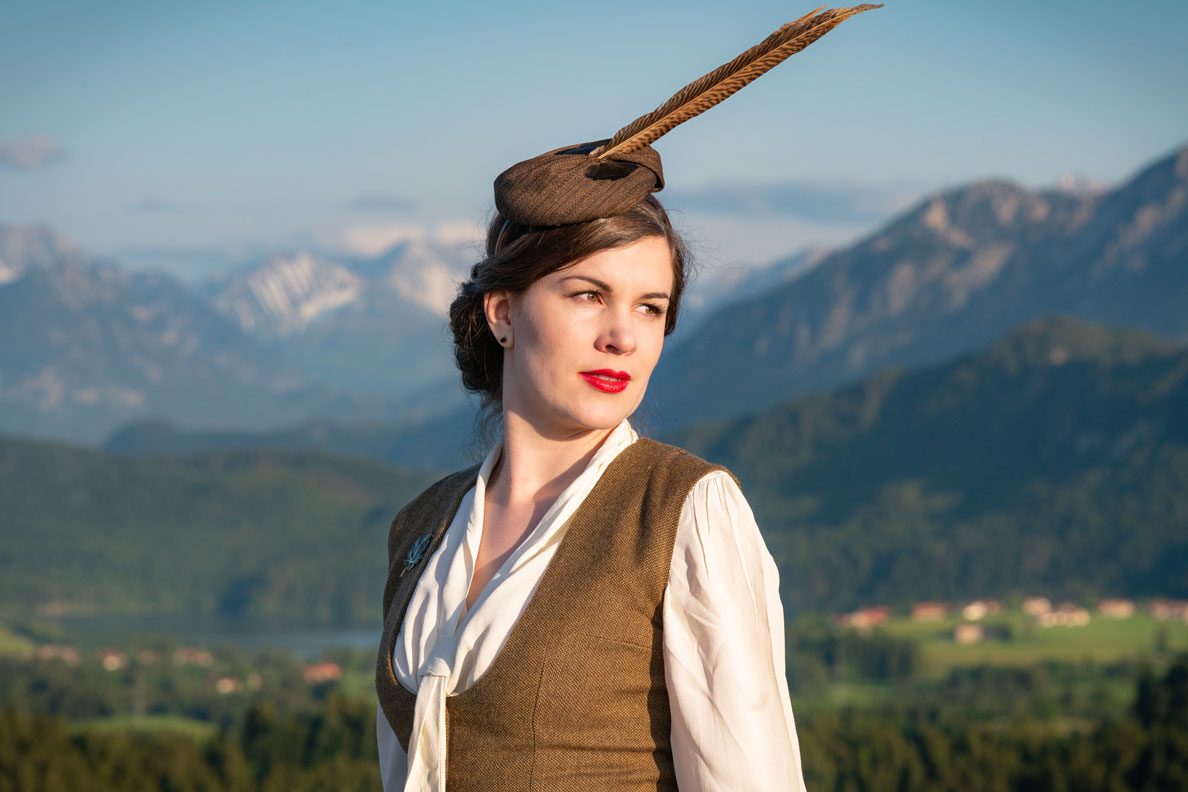 One of the first persons who were celebrating Sommerfrische is emperor Franz Josef I. From the middle of the 19th century until the beginning of the 20th century, he spent almost every summer in his summer villa (Kaiservilla) in Bad Ischl, which actually was a gift from his mother, archduchess Sophie, for his wedding with Empress Elisabeth (Sisi) from Austria. And when the emperor spends his summer in the countryside, aristocracy does the same (I guess this is how it worked in many kingdoms of Europe). And then, wealthy people and artists followed. So the places where the aristocrats, the rich and wealthy people spent the summers became cultural centres with cafés, theaters, and restaurants. Even though urbanite loved to spend the summer in the rural area, they didn’t want to give their cultural life and comfort a miss.

By the way: Usually the people also worked during their summer retread. However, in a more relaxed way and with breaks for walks, hunting, and celebrations. It was very expensive to spend the summer away from home, though, so only very wealthy people could afford that. Artists often got invitations and therefore were also able to stay in the countryside for some time.

Sommerfrische in the Countryside 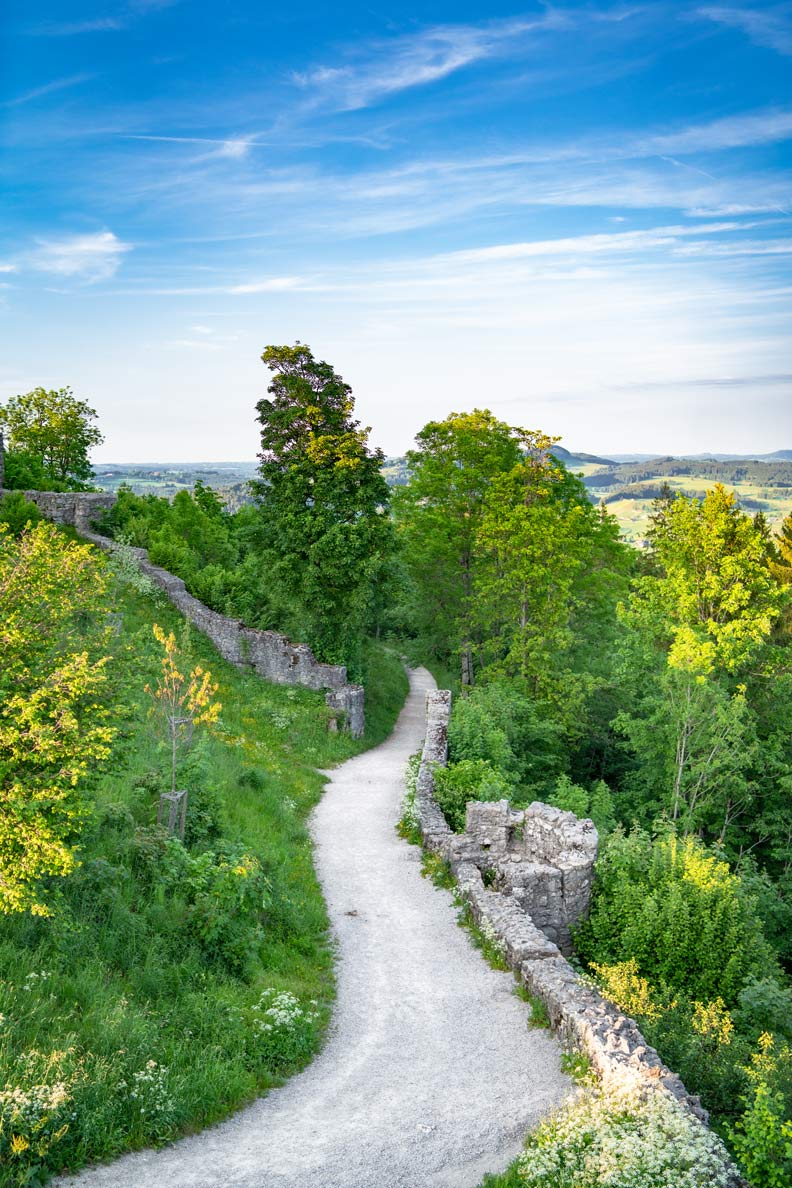 In Austria, the Salzkammergut was a very popular destination, in Germany it was the Berchtesgadener Land and the whole Bavarian alpine upland. After the development of the railway, travelling got much easier and more comfortable. By then, more wealthy people were able to spend the summers in the countryside.

The problem of many women: Their elaborate and expensive clothing was absolutely unpractical in the countryside. So they got themselves lovely dresses imitating the style of the women from the countryside made – the Dirndl was born.

With the Sommerfrische getting more popular and attracting more guests, new free time activities became known. People liked to swim in the lakes, to sail, and hike. 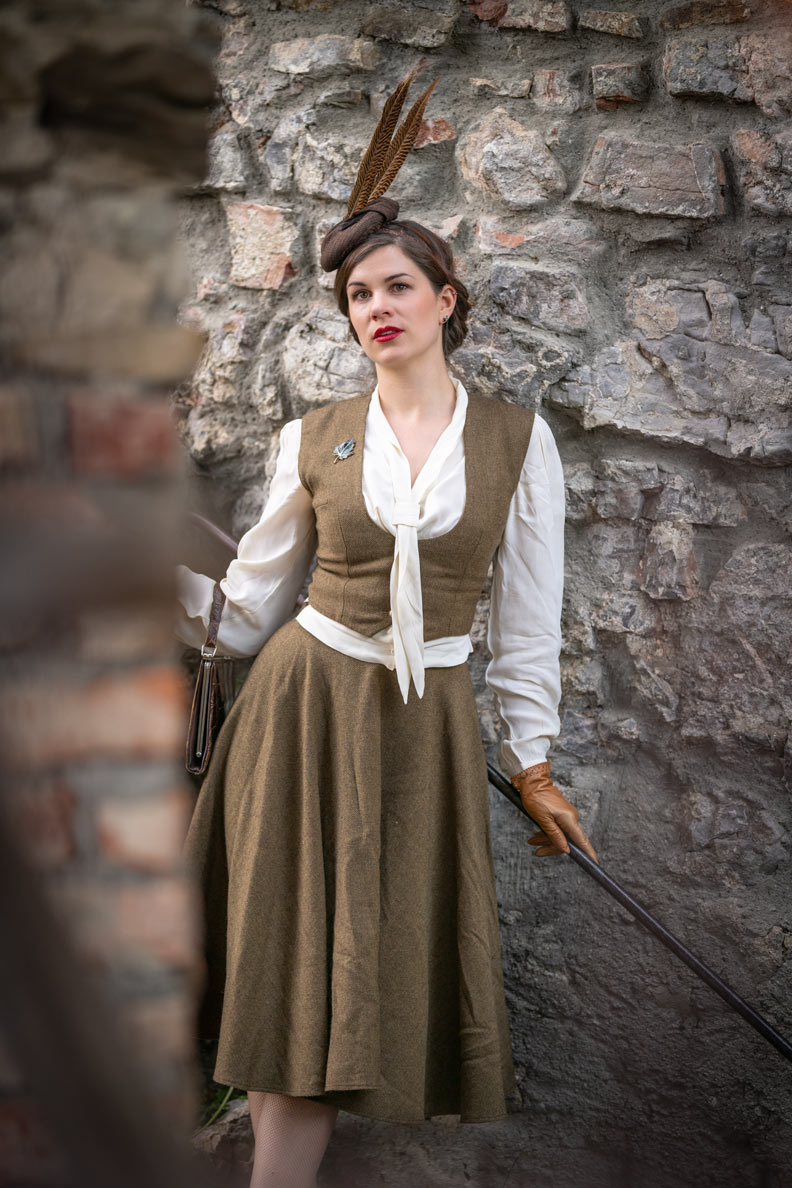 Rural population might have been a bit skeptical about the wealthy guest from the big cities. As they had money, though, they were quite welcome and an important revenue stream. To entertain the wealthy guests, new entertainment facilities were invented. The first mountain railways as well as new hotels were build, and new trails developed. So in Germany and Austria, Sommerfrische and modern tourism are kind of connected.

Ironically, country life was mainly very pleasant for the guests. The majority of the locals had to work quite hard to make a living in rural area, especially in and around the alps.

Sommerfrische in the 20th Century 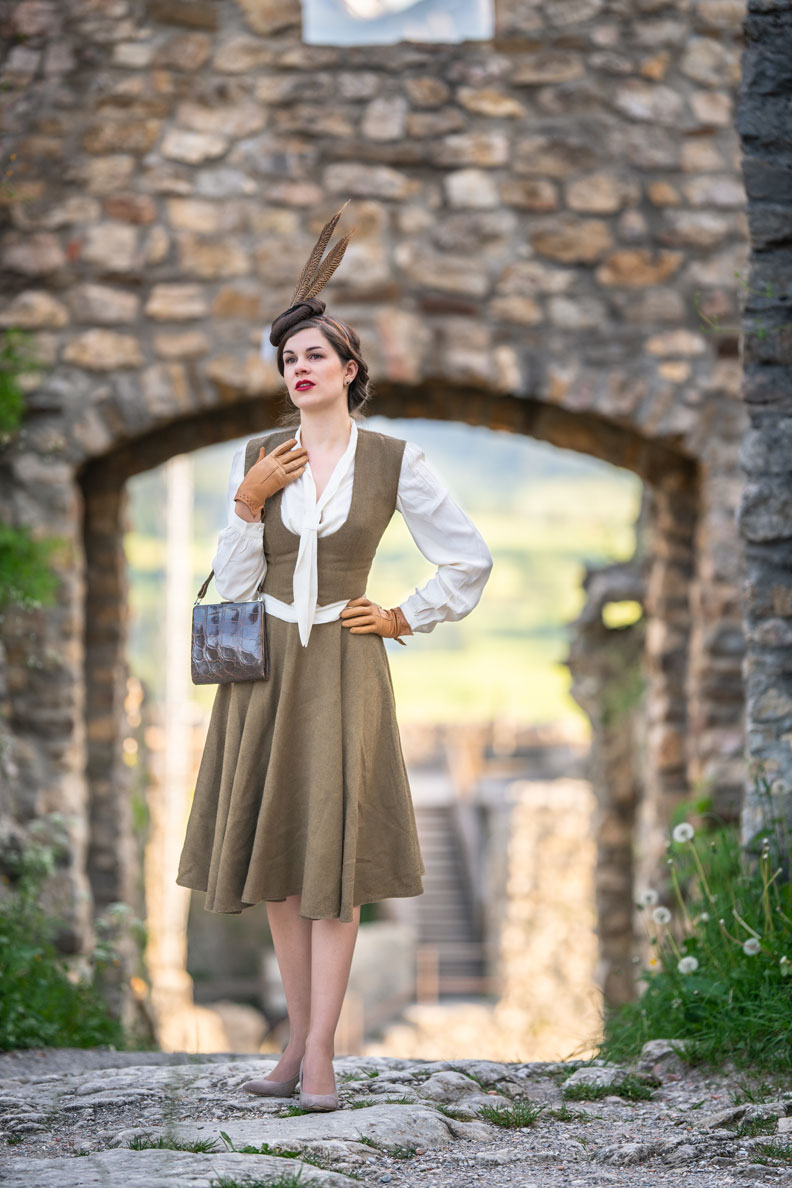 With the end of World War I, the old society system came to an end. Aristocracy lost their power and lots of properties. Vacations in the countryside remainded popular, though. On the one side, there were some longing for the “good old times”, on the other side, middle class became wealthier and therefore, more people could afford going on holidays. The golden age of the Sommerfrische as it was known during the Empire came to an end, though. 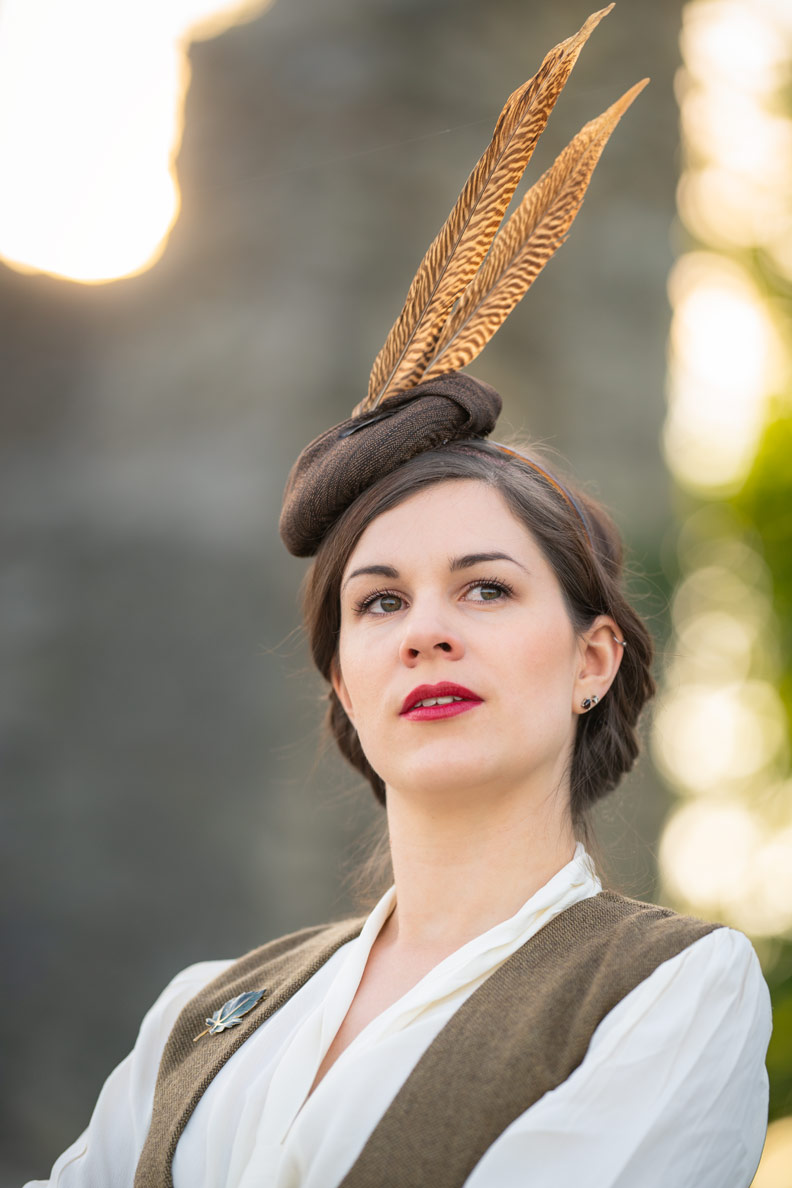 Only few people spent the whole summer at one place, by then. During the 20th century, the former Sommerfrische changed more and more into family holidays. Nowadays, we don’t really use the term Sommerfrische anymore, this term got as old-fashioned as this kind of summer retreat. However, Sommerfrische still has a yearning, nostalgic, romantic, and idyllic connotation.

What makes Holidays in the Countryside so special? 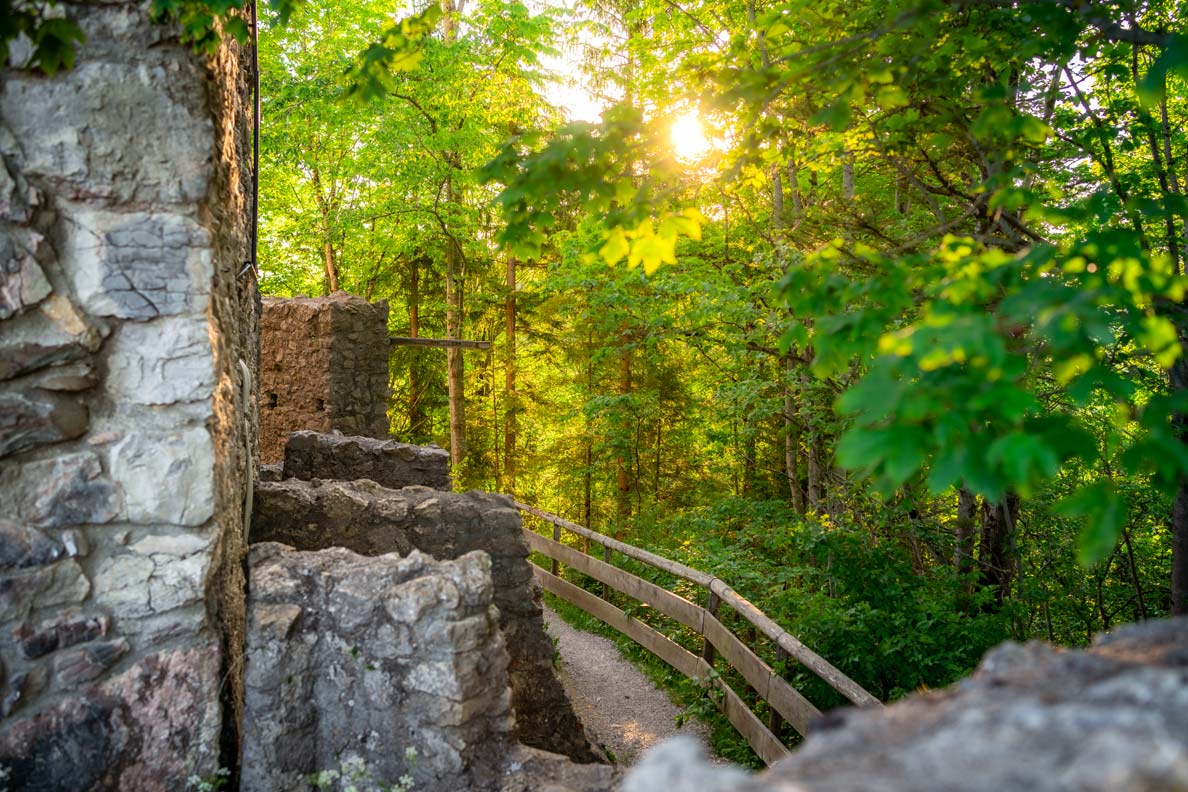 Untouched nature, fresh air, cool lakes, and forests – we still tend to picture country life maybe a bit too romanticized. However, there are beautiful things and feelings we can defnitely find in the country side. A laid-back lifestyle, for example. In the country side, things are a more relaxed than in big cities: No rush hour, less stress, long walks in nature, or a jump into the lake.

Grown up in a small village in southern Bavaria, I know the benefits of country life, but I also know the drawbacks. It is almost impossible to live without a car, for example, as public transport quasi doesn’t exist. The air smells not always as fresh as we might imagine (cue: manure), and if you are tired of the pure nature, you might easily get bored as there are only very few cultural sites. Tip: In southern Bavaria, you should definitely visit the beautiful palaces and castle ruins, like the ruined castle Eisenberg, where we took the photos for this series.

Nevertheless, I really enjoy the warm summer days in the country side every now and then. I like long walks in the forest, the relaxed evenings at the terrace, the buzz of bees in our garden, the fresh raspeberries I like to directly eat from the bush, and the laid-back lifestyle. This is why I recently spent another lovely day in the countryside, wearing a delightfully kitschy outfit in front of a picturesque landscape.

Skirt, Blouse, Vest & Fascinator: My own Interpretation of a Countryside Outfit 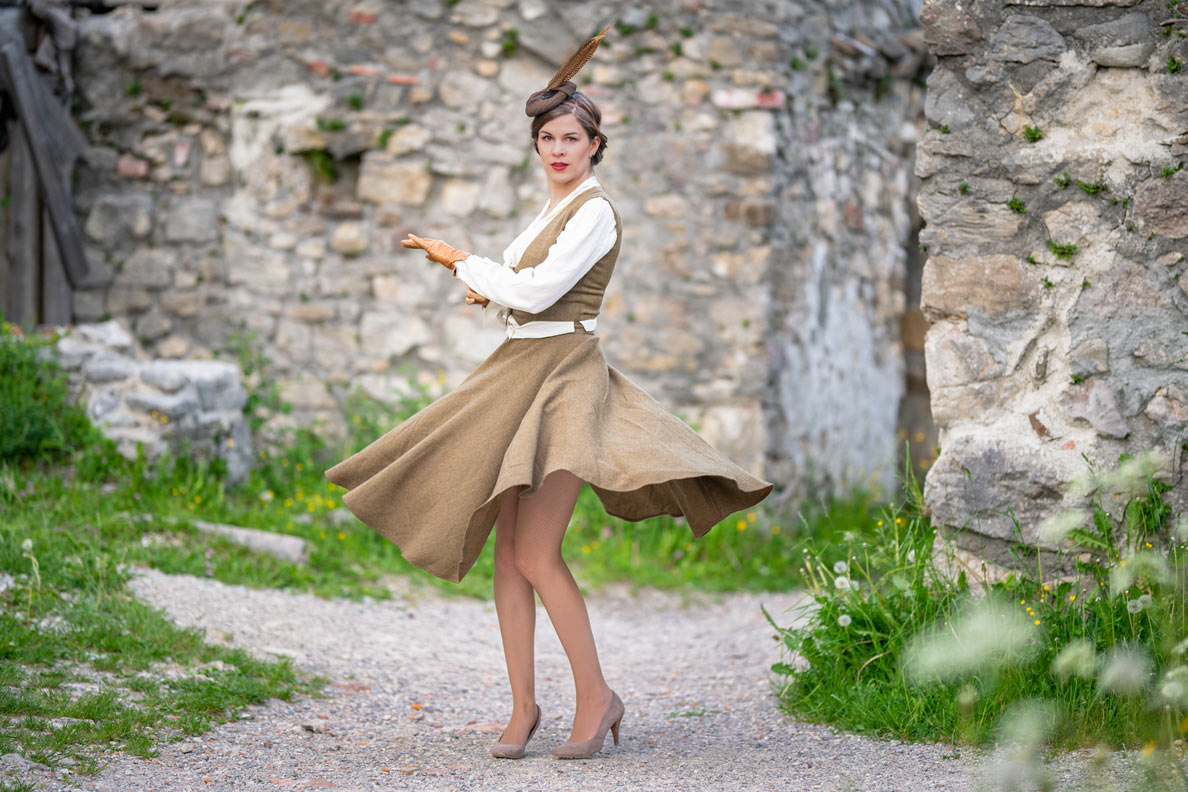 To reflect to romantic countryside idyll with my outfit, I went for natural tones and robust fabrics. Hats with feathers are part of the traditional festive clothing in many Bavarian regions. So I see my fascinator with its long feathers as a kind of fashionable interpretation of this look. 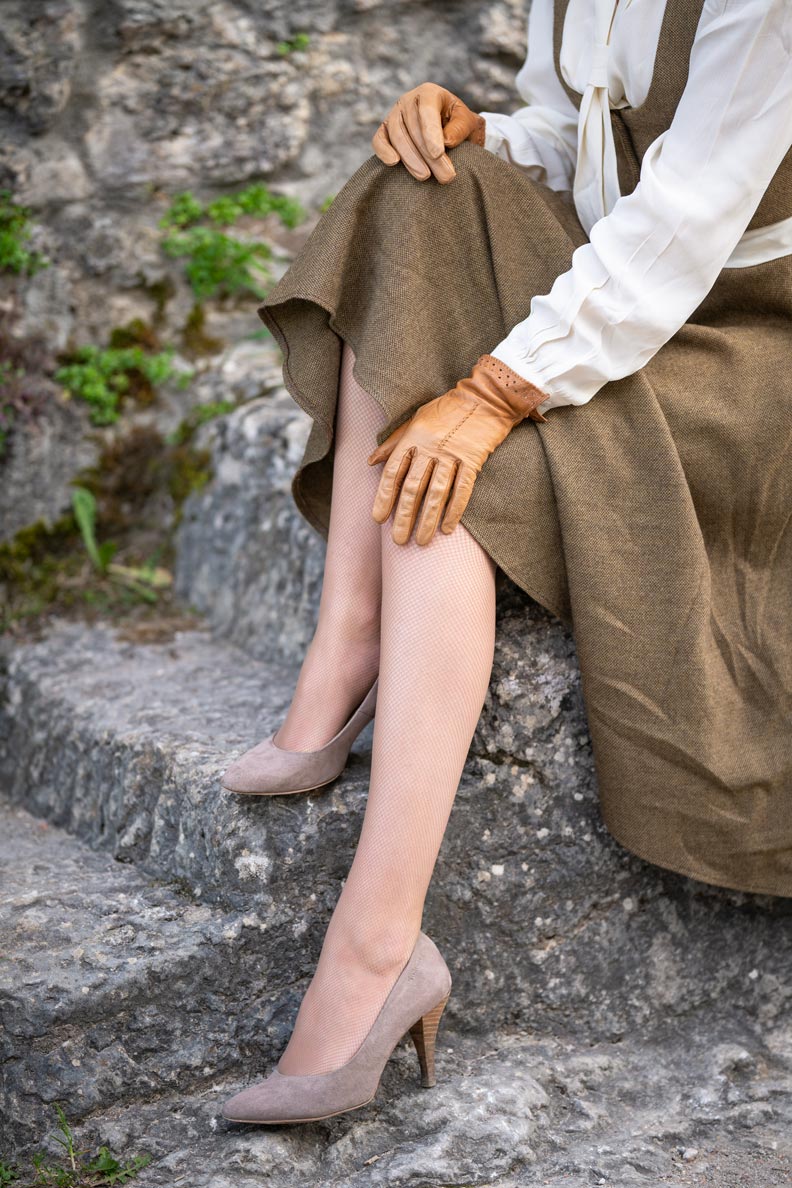 I teamed my skirt, blouse, and vest with nude-coloured fishnet tights by Secrets in Lace. I really love how beautiful they make my legs look, as they are thrilling and subtle at the same time.

Blouse: c/o The Seamstress of Bloomsbury* 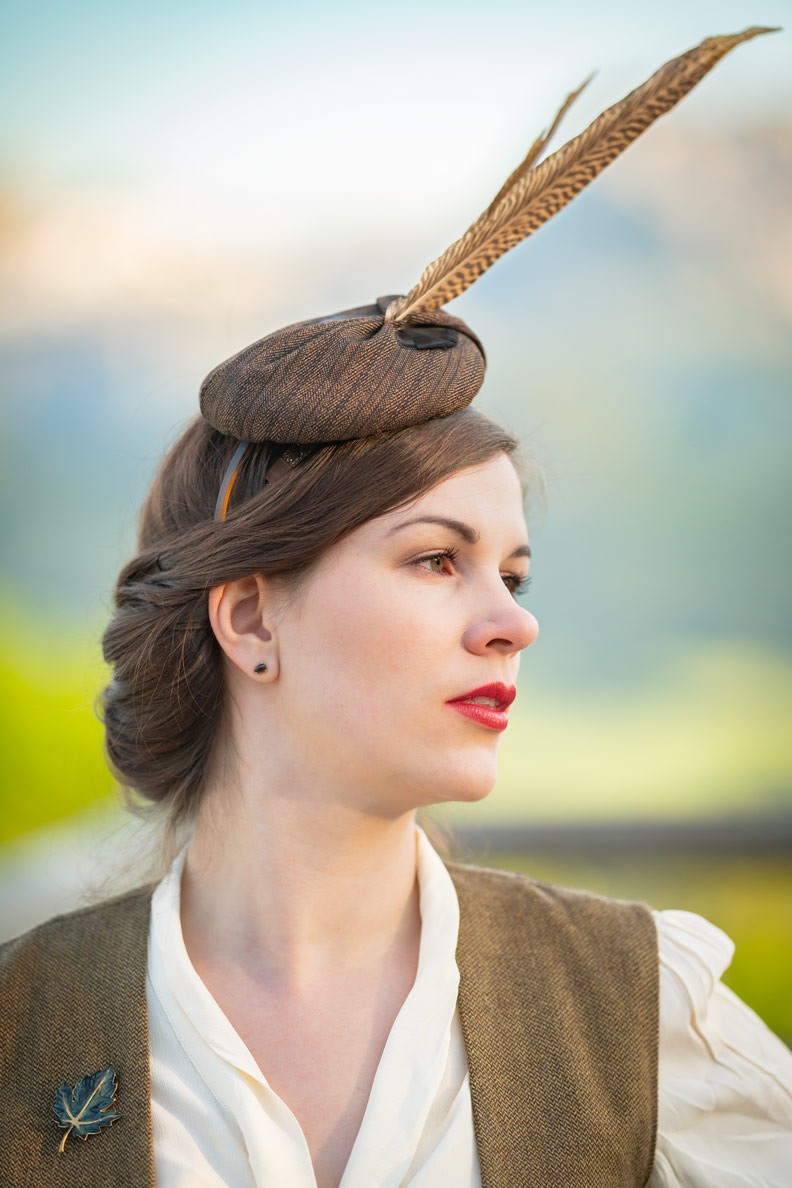 Just as the wealthy city dwellers back then, I dressed not 100 % appropriate for a trip into nature. But my outfit actually is so kitschy and romantic, it is the perfect look to enjoy the amazing view over the alps, while daydreaming myself into bygone eras. Isn’t this romantic and nostalgic?

Holidays in the countryside are perfect to indulge in idleness and relaxation. On long walks in nature, it is so easy to make new furry friends (I always make new cat-friends ;-), you might have a little chat with locals, or have a picnic in a flower meadow. If you are staying near to a lake, you might also jump into the water, or use a rowboat to paddle around the lake. If you are more active, you can go hiking or ride a horse. In the evening, enjoy a glass of wine and regional specialities on the terrace. It is all about a more laid-back lifestyle, just as it was many many years ago. 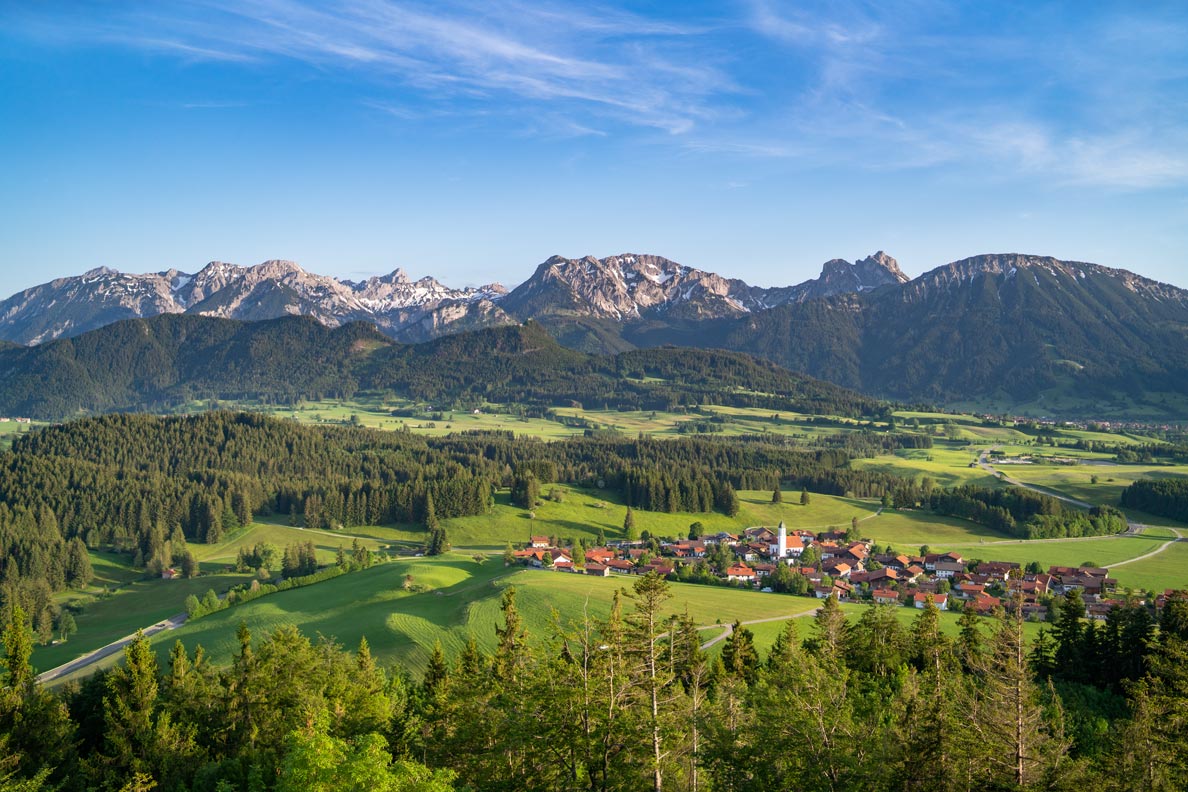 Living in the countryside? No, I actually no longer can imagine this (at least not at the moment). I would definitely miss all those pretty cafés and restaurants, the bars, and museums. Yes, even the rush of the big city. A weekend or even a longer holiday in the countryside, though, is something I really enjoy. This is why I love to spend a few days in my “old home” on a regular base. I accommodate at my parents’ house, read lots of books underneath our apple tree in the garden, while caressing my old cat. And when I get bored, I drive back home into the city – is there something more beautiful?

Impressions from my previous Visits in the Countryside

Would you like to see a little more of the countryside idyll? Here are some impressions from my previous trips to the countryside. By the way: A click on the picture will directly lead you to the related blogpost.

And now, I’m curious: What about you? Are you a country girl or big city girl? And what do you prefer: living in the countryside or in the city?

I guess, by now, you already know my answers. Although I’m born and grown up in the countryside, I really like the big city life. Nevertheless, I also always enjoy a little time-out in the countryside every now and then. 😉