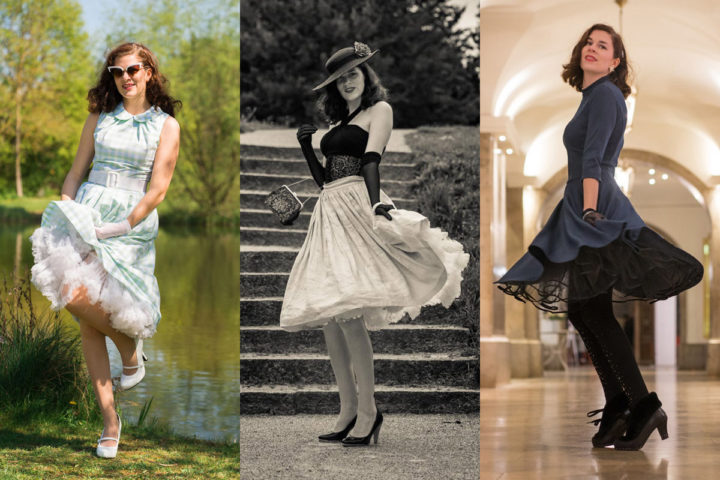 The story of the petticoat

Is there a more stereotypical 50s garment than the petticoat? I don’t think so. But has this voluminous underskirt its roots really in the 50s or is it maybe much older? In this blogpost, I’m going to tell you the story of the petticoats and show you how to style it. 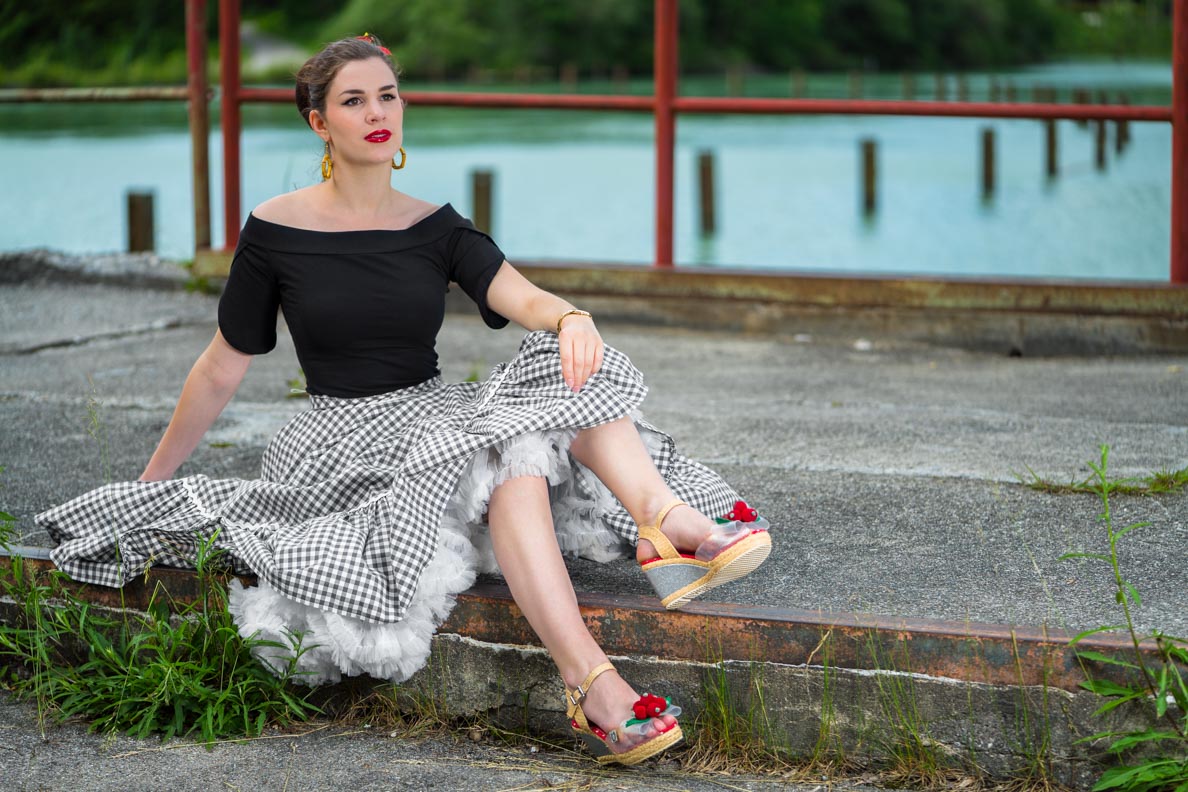 The Story of the Petticoat

Who would have thought that the petticoat is more than 400 years old? But before diving deeper into the story of this underskirt, we are going to have a look what this term acutally means.

The word petticoat came from pety coote, which means “a small coat”. According to the Oxford English Dictionary, in current British English, a petticoat is a light loose undergarment … hanging from the shoulders or waist. In modern American usage, and also in Germany, petticoat refers only to a garment hanging from the waist, a half slip. A petticoat is a skirt-like undergarment worn to give the skirt or dress a desired shape. This kind of underskirt often is made of silk, tulle, or nylon fabrics, and is often quite voluminous. 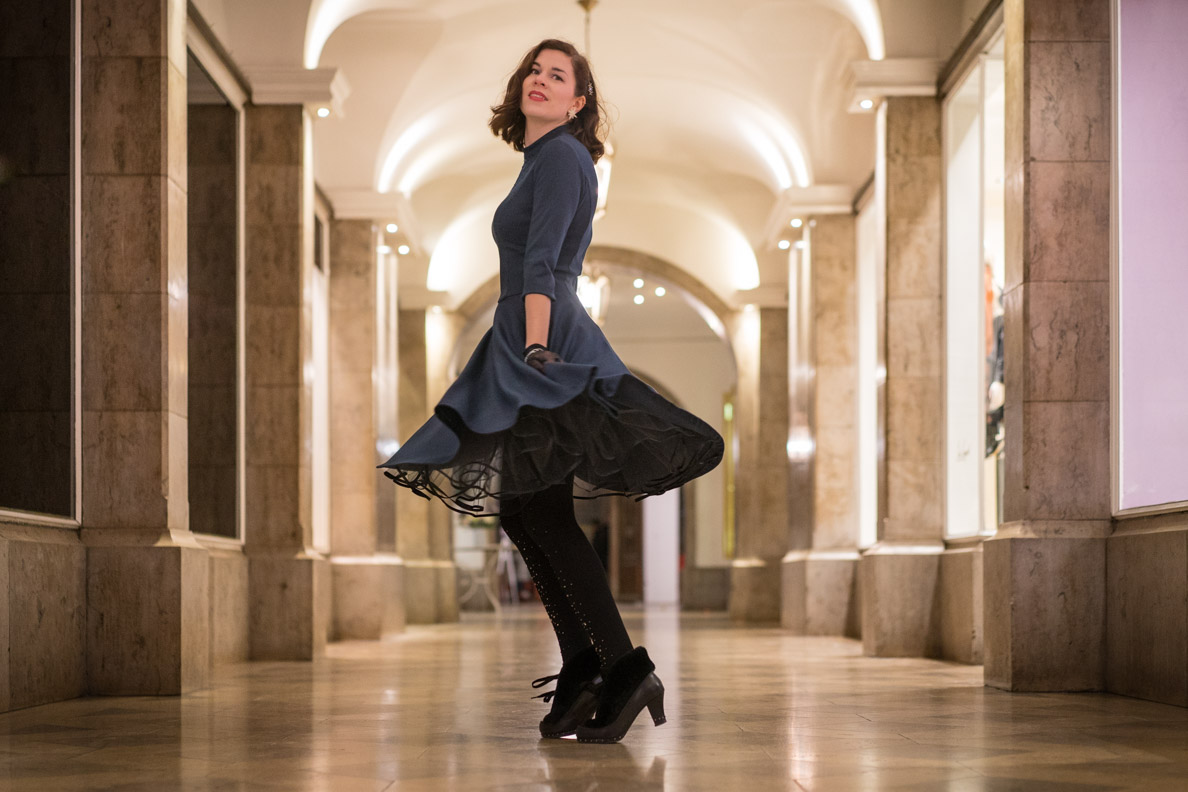 Petticoats in the 16th Century

In the 14th century, both men and women wore undercoats called petticotes. However, the practice of wearing petticoats got well established in the 16th century. Back then, though, they were more a undergarment to shape the body. The desired silhouette was a very female shape with a small waist and enhanced hips. Back then, petticoats sometimes were even worn underneath sleepwear.

Petticoats in the 17th Century

As it was fashionable in the 17th century to wear gowns that were open in the front, the petticoat was visible and therefore often decorated with lace, for example.

Petticoats in the 18th and 19th Century

In the 18th century, petticoats (of the wealthy populations) were usually made of wool and silk, which made them a bit more practical, as they kept the wearer warm in autumn and winter. However, at about the 1840s, the petticoat got kind of replaced by the crinoline, a stiffened or structured underskirt/petticoat, and later the hoop skirt.

Petticoats in the 20th Century

In the early 20th century, especially during war time, petticoats weren’t fashionable. But in 1947, petticoats were revived by Christian Dior. He showed full-skirted dresses with petticoats underneath to get the desired shape, called Ligne Corolle.

Thanks to the Rock’n’Roll movements and the ensuing Twist movement, ruffled, fluffy petticoats were extremly popular in the 1950s and early 1960s. However, with the launch of the mini skirt in 1966, petticoats disappeared. 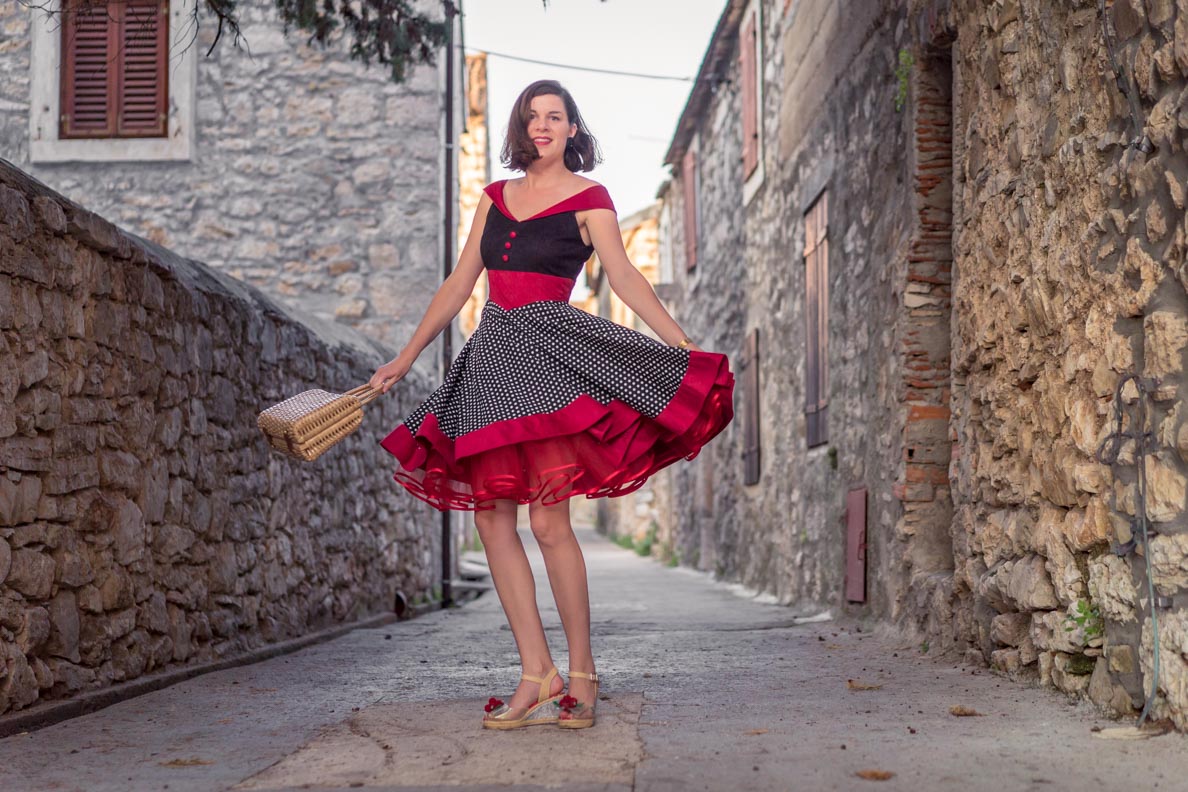 Nowadays, petticoats aren’t fashionable. They are usually only seen underneath wedding dresses or carnival customes (in Germany). Only in the Rockabilly and Western scene as well as the Lolita fashion from Japan, petticoats are still an important garment. Quite sad, isn’t it? I simply love how a skirt with a petticoat underneath is swinging and bouncing. 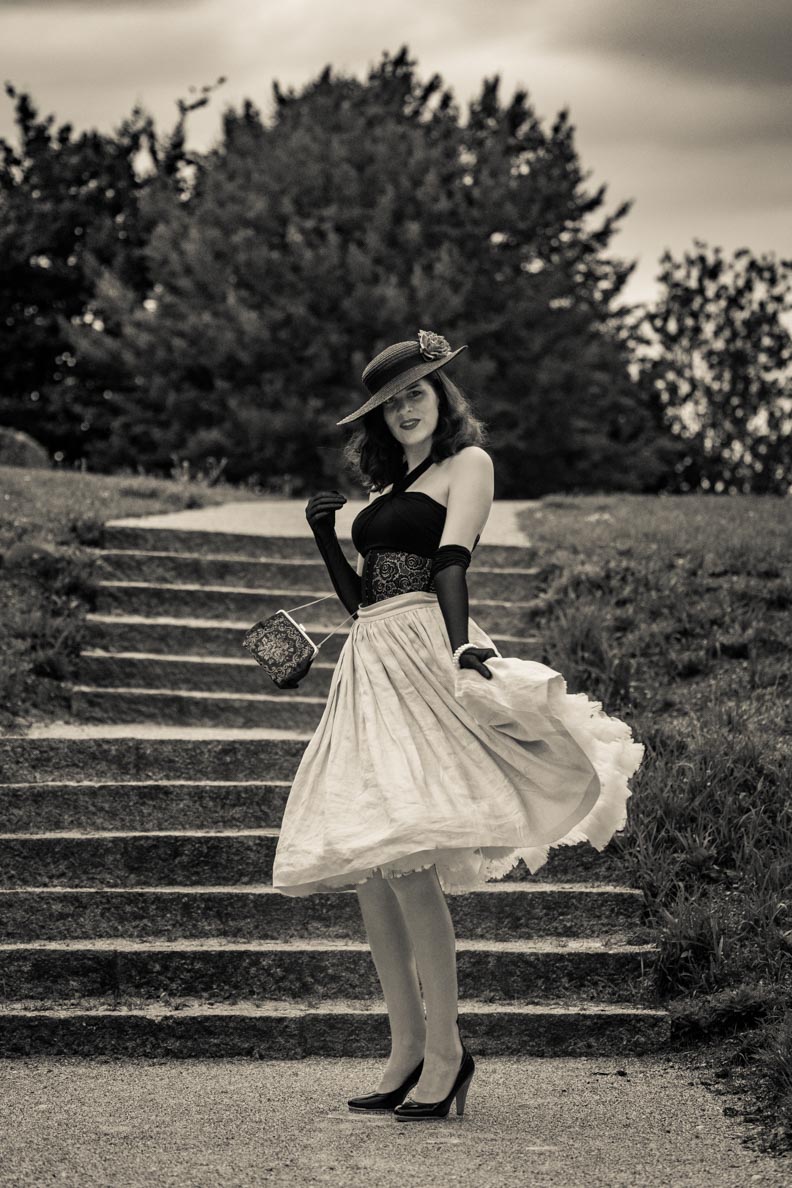 How to wear Petticoats

There are still different opinions reagarding the question if it’s okay when the petticoat is showing under the dress or skirt. In the 1950s, the petticoat was mainly seen as part of the underwear and therefore usually was hidden. In 1958, a discussion aroused if it’s okay when the underskirt is a bit longer than the skirt/dress. In the prudish 1950s, a showing petticoat was able to create a little scandal. 😉 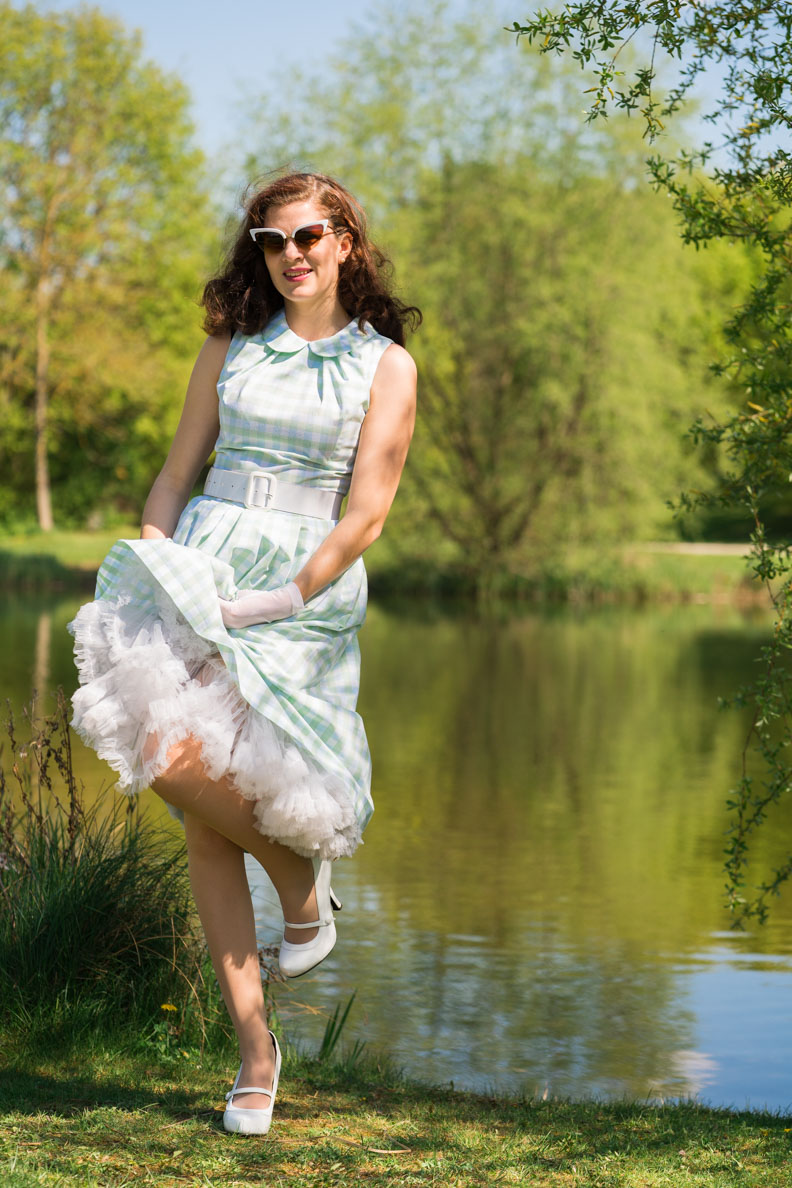 Personally, I think a colour-matching(!) showing petticoat is ways better than one which is too short, as this creates a ugly bend in the skirt. Sometimes, it can even add that certain something to the outfit, if the underskirt shows just a little bit. Luckily, nowadays we are able to choose the length of our petticoats by ourselves. A least we don’t have to worry that the vice squad will show because of a petticoat that’s a little bit too long. 😉 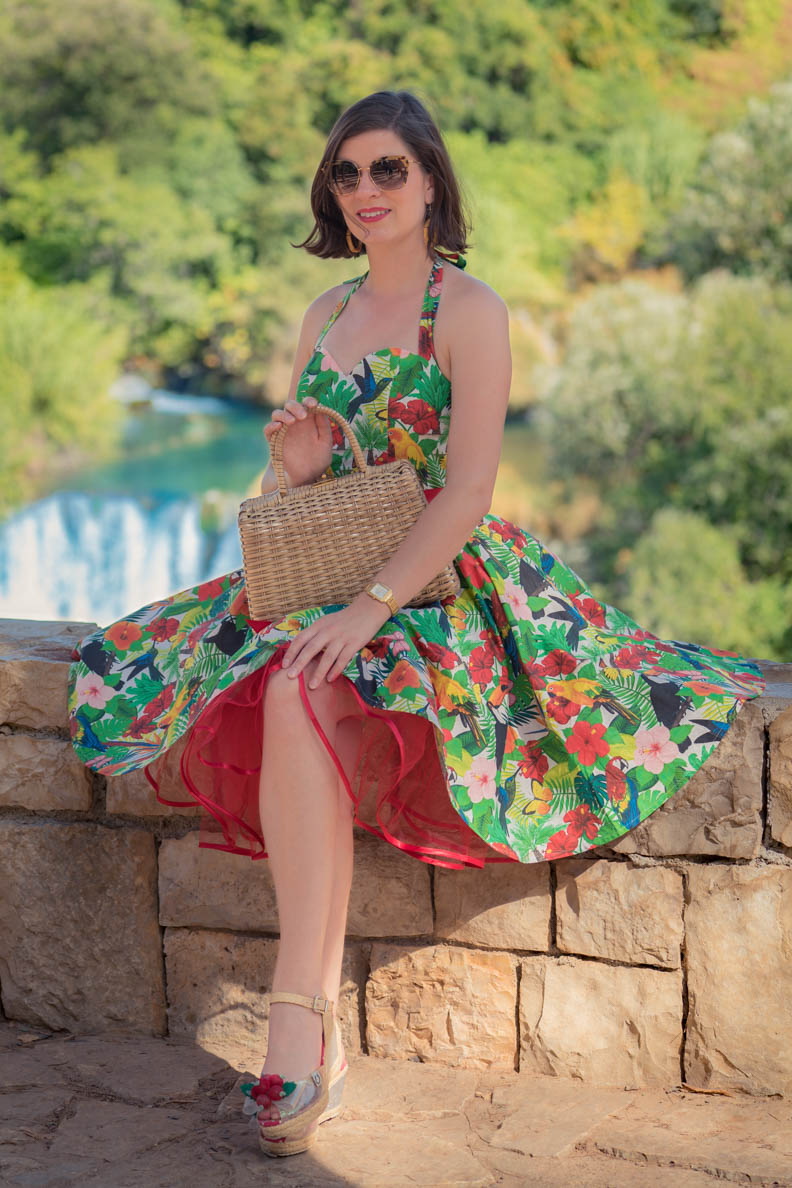 As circle-skirts with petticoats underneath can fly quite high while dancing, the ladies in the 50s often wore ruffled pants, the pettipants, underneath (available here, for example). 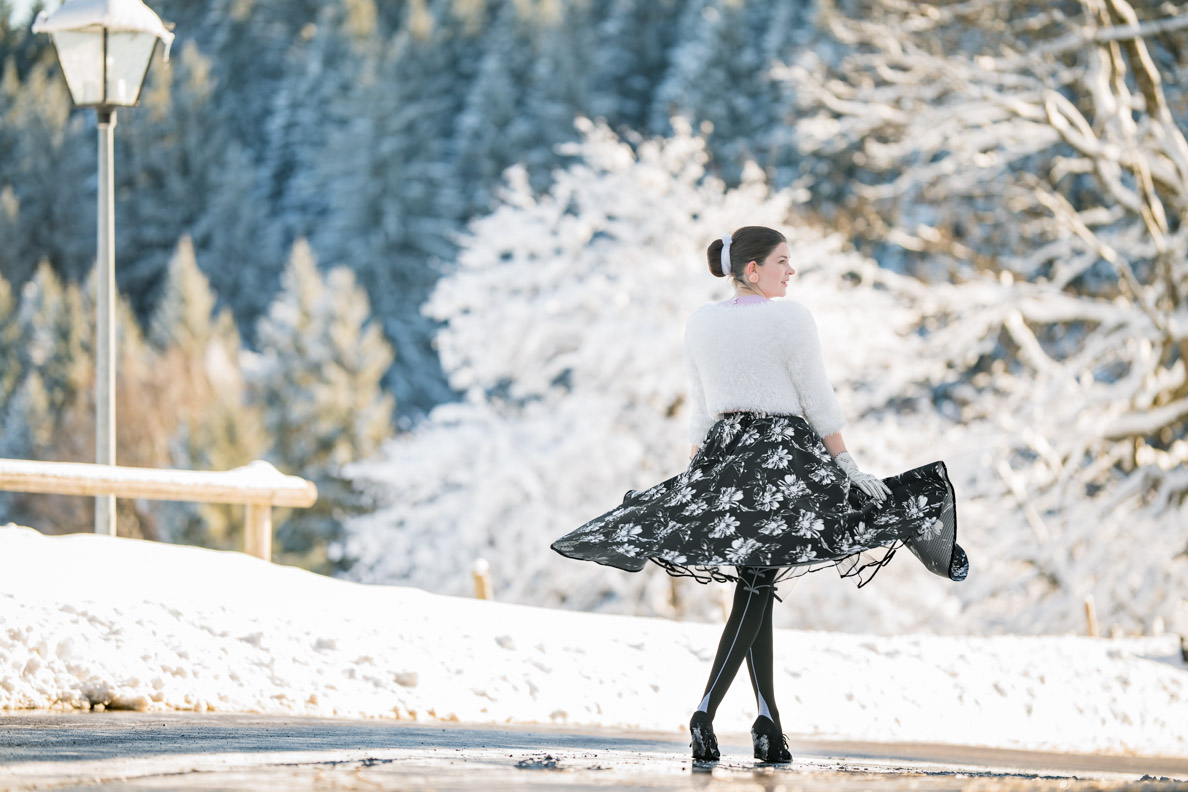 Where to shop Petticoats

Petticoats are nowadays available in all price categories, however I can’t recommend very cheap and scratchy petticoats.

TopVintage, for example, offers a huge range of beautiful petticoats in a lot of different colours and lenths.

As the petticoats you find in shops nowadays are often quite voluminous, I also always search for true vintage pieces from the 50s in vintage or second hand shops. Some skirts and dresses look simply better with a slimer underskirt. By the way: I show you my favourite vintage and repro shops here. 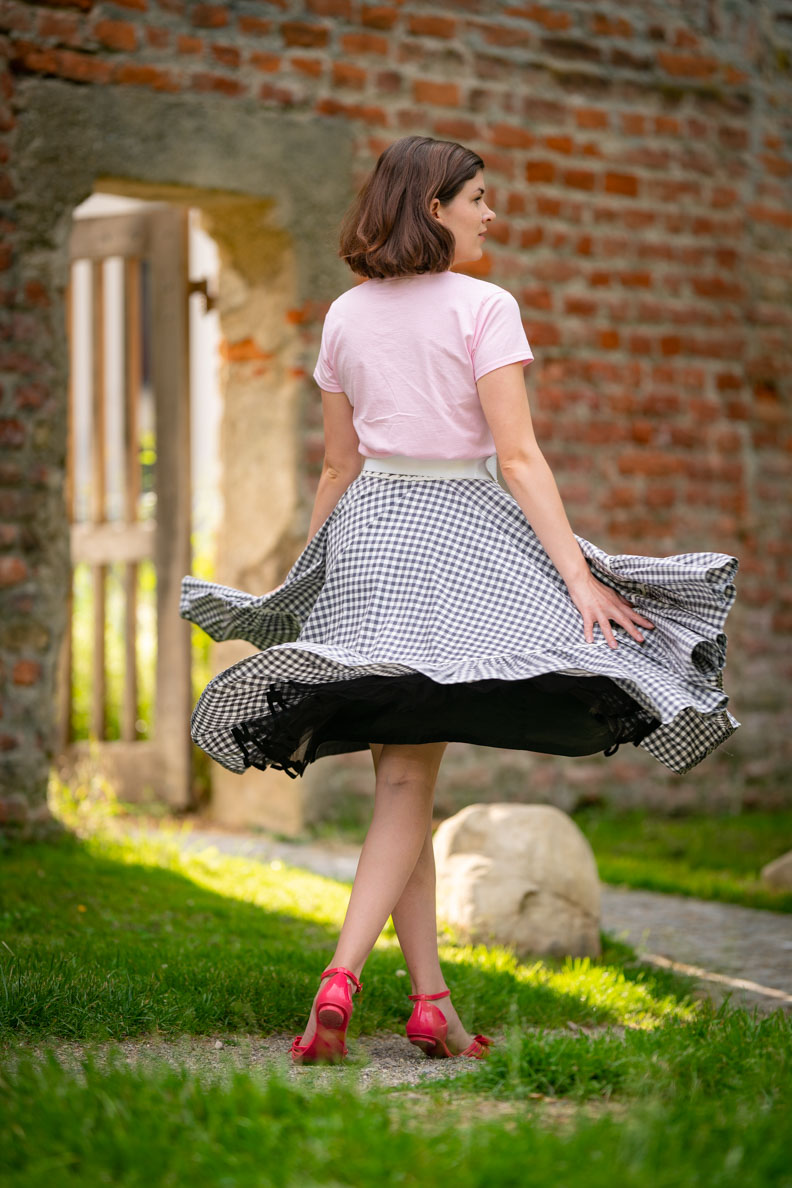 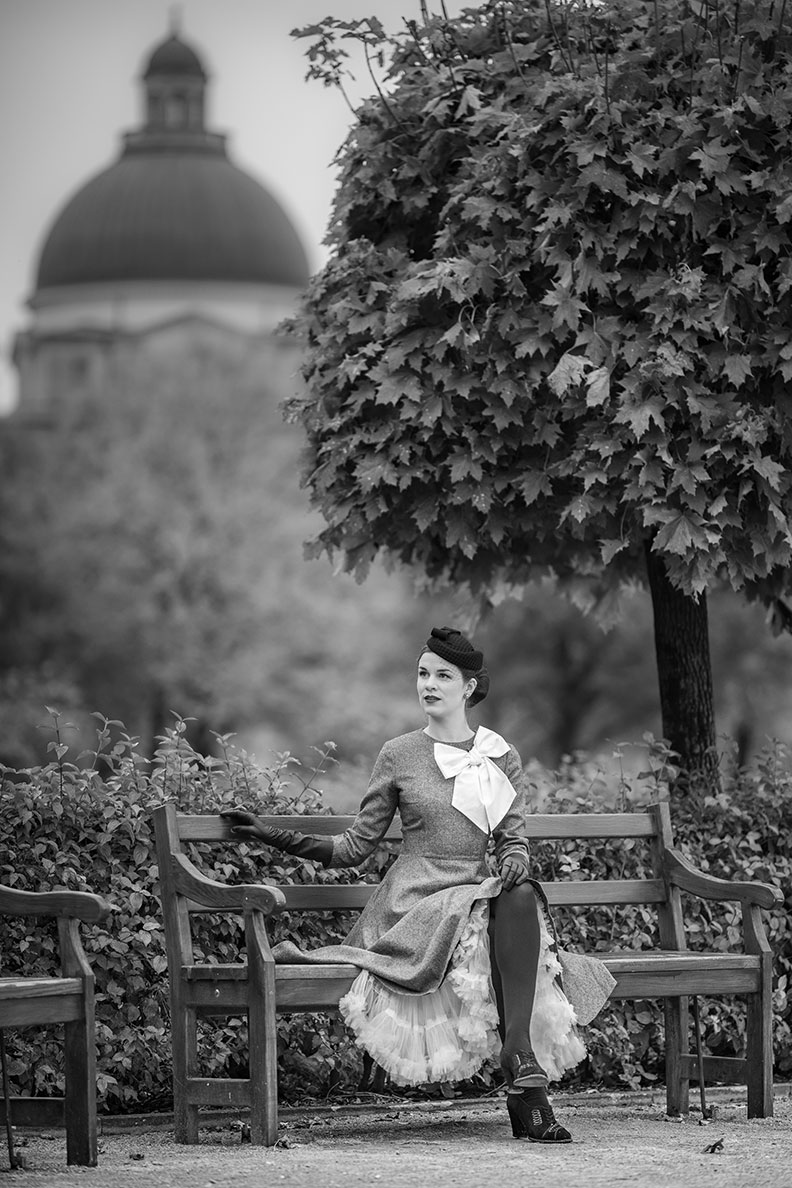 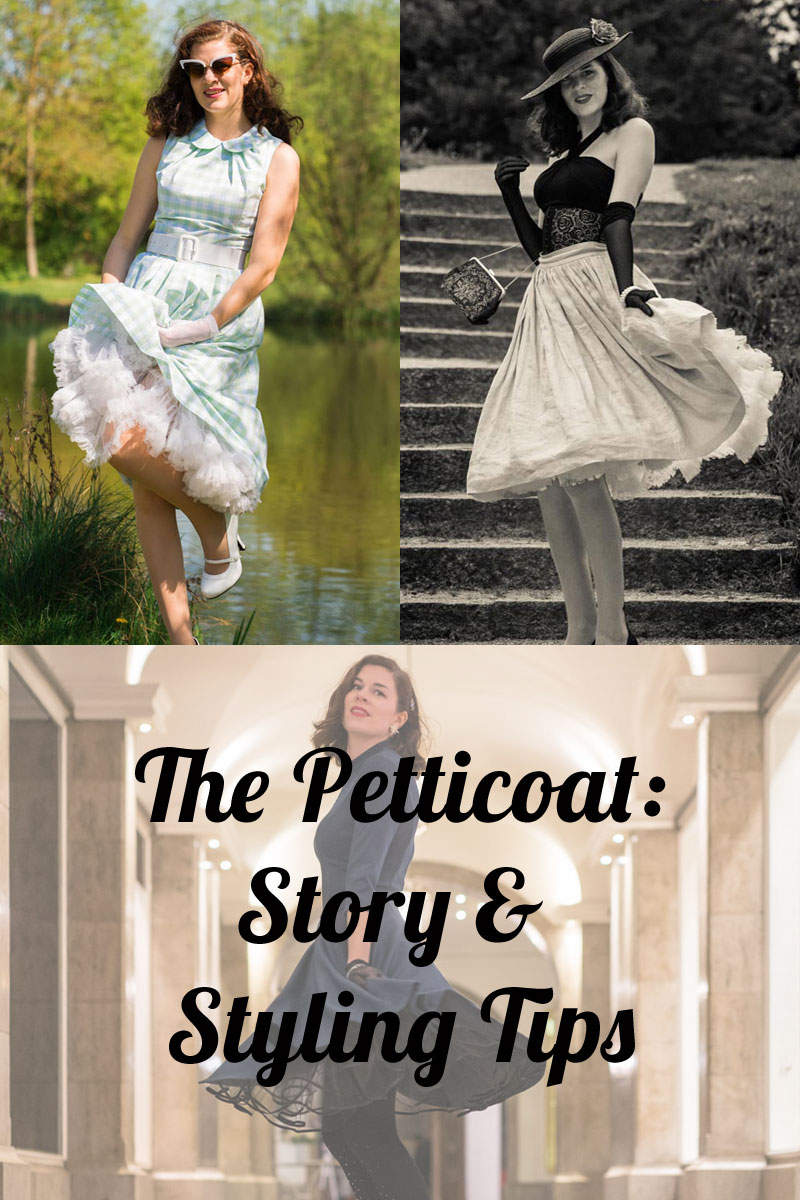